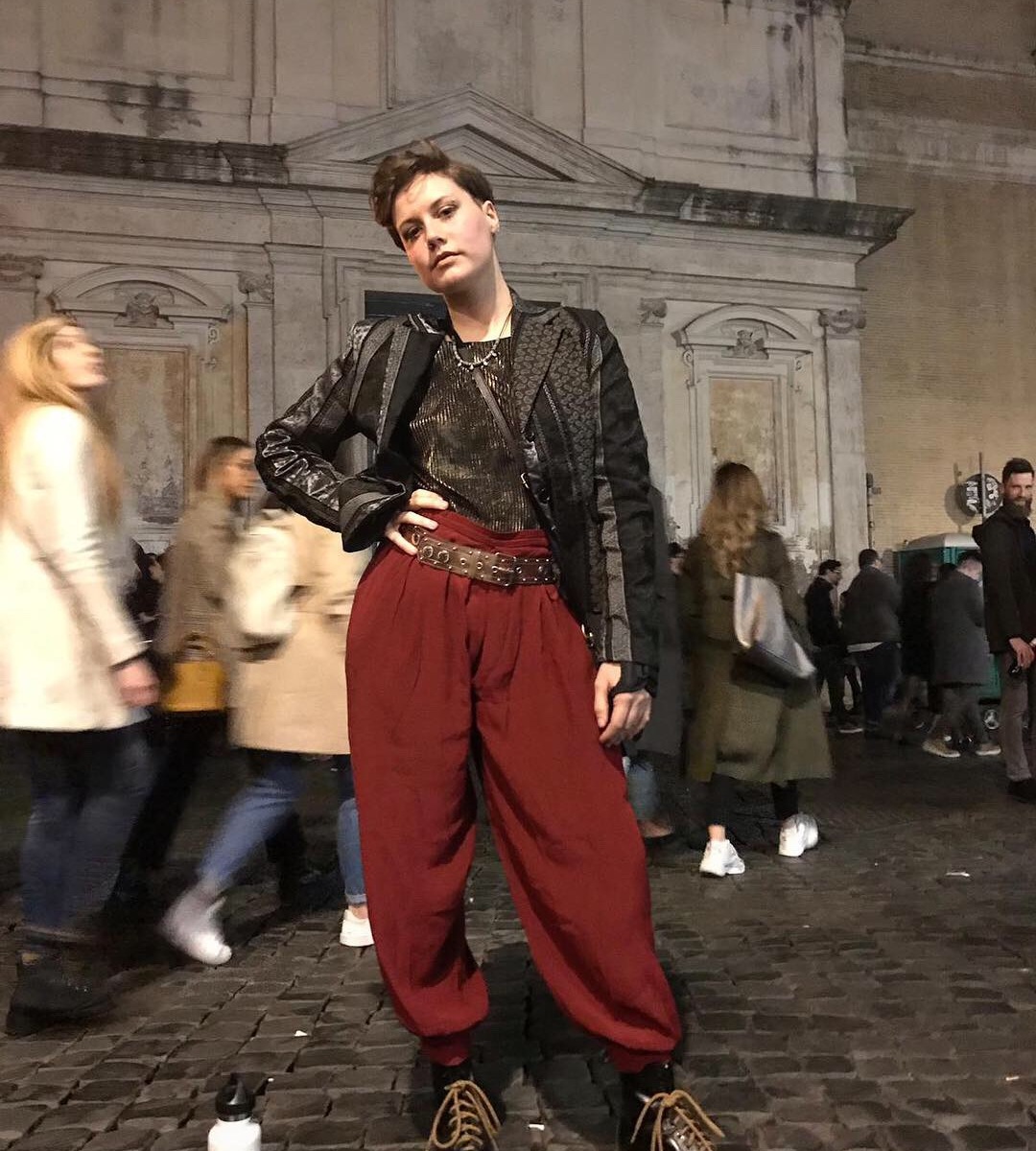 We all play games. You are in a subway train car. You do not have your phone. Do you look at the person in front of you? What would looking mean? What would it mean for them to see you looking at them? If they see you looking you have lost. Are you sitting down? Are you touching the person next to you, or do you have enough room to have space for yourself? If you are taking up the most space you have won. A mother and child come down through the aisles begging for centimes. They have hungry looks on their faces. What will you do? You look at someone and then look away just before they look back. Whoever stays staring has won. Someone is staring at you. Why are they staring at you? How do you occupy yourself during the spaces in between? It’s all a crapshoot, roll your dice and hope they’re loaded.

The more time I spend here, the more I learn about Italian culture. Both luckily and unfortunately for myself, this means I do not have the privilege of simply observing culture–I must wake up in the morning and dive in. The first thing I do in the morning is prepare for school and hop on the subway nearest my apartment. I’m a bit of a conundrum in that I love living in a city, but I absolutely hate public transportation in any capacity. At home in Philadelphia, I’m lucky enough to be able to ride my bike all over the city, sparing me the perils of broken down busses, detours, and crowds. People in Rome are pretty similar looking. I still wonder why people are so afraid of being different here, but it reads everywhere I go. People dress in darks and neutrals, and it is rare to see someone expressing anything outside of the gender norms impressed upon them. In my first article Gay Culture in Rome: Taking Comfort in the Privacy of a Moment, I wrote that Italy’s gay culture is “…limited to sexuality, i.e. men seeking out only men. Forget the LGBTQIA– the acronym is really just “G” here.” Here I am, three months later, and that sentence is all too painfully true.

I find dealing with mass culture in a new country every day draining. Power structures are reinforced on the street, in the subway, in restaurants, etc. I went out several weeks ago to meet up with a friend in the evening. I wore a brocaded blazer with red silk pants cinched at the waist with a belt. I took the train to Termini station where I then transferred to a bus to take me the rest of the way there. I ran into some trouble here. I was looking at my phone, minding my own business when I noticed that people were gesticulating at me and taking photographs of me without my consent while laughing. I wasn’t about to get off so far away from my stop, so I waited, choosing to appear ignorant so as to preserve myself. Perhaps it would’ve been easier to brush this off if the idea that my gender does not exist was not reinforced in me every day that I am here. It takes a lot to dust yourself off and start fresh, especially with the pressures of these games of chance ever-present on the horizon. Alexis de Tocqueville wrote, “The tyranny of the majority is an inherent weakness of majority rule in which the majority of an electorate can and does place its own interests above, and at the expense of those in the minority.” Here he points out that democracy is not synonymous with majority rules, but that its purpose is to protect minorities from the majority. The problem I had several weeks ago is just one instance of social ignorance I have experienced.

In my most recent series of paintings “Non mi piace giocare,” I investigate the structure of these games using symbolism, coding, form and palette.  It is about social games and how much someone decides to reveal to another person about themselves when we live in an era of intense surveillance. How much is safe for someone to know about you? We find parallels in Italy’s past at different points in time. Da Vinci lived during the Renaissance, a time of wealth, abundance and incredible progress in terms of the arts and sciences. We still have many of the codices he wrote today. Caravaggio and Velazquez, on the other hand, made work during the Baroque movement when the Spanish Inquisition was at large. There are no writings from them to tell us what the times were like because they dared not get caught speaking their beliefs.

Studying abroad as a nonbinary person in Rome can be scary at times. Italy is an old country and is slow to catch up to the world when it comes to the acceptance of those who are not white and middle or higher class citizens. America is still young and the society there has a mentality of forging independence and acceptance through originality. I have faced some challenges here, but luckily I understand the value of the personal growth that comes with it. Rome wasn’t built in a day; neither are we. All of this: growth, change, comprehension, etc, is an ever-present and ongoing process.