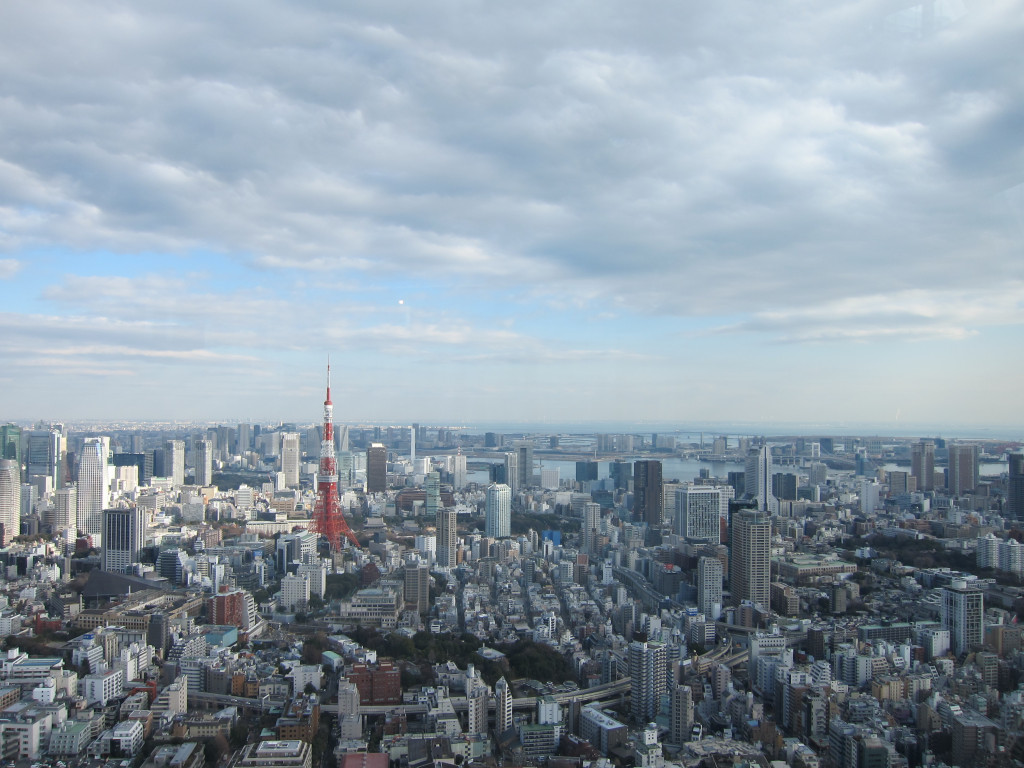 Hey everyone! It’s Rowan here again. I wanted to show you what I did this past weekend… I almost got to go bungee jumping off a 781’ tall skyscraper in the Roppongi Hills on Saturday!

Haru had to go on a field trip for her art history class, so she and her friend, Nina, took me to the Mori Art Museum on the 55th floor of the Mori Tower. And when I say tower, I mean the kind that you can’t tell where it touches the sky! I asked Haru if I could go bungee jumping, but she said I wasn’t tall enough for the ride. So I asked her to go bungee jump for me, but then she said she was too short as well. If you ask me though, 5’1” doesn’t seem short at all! 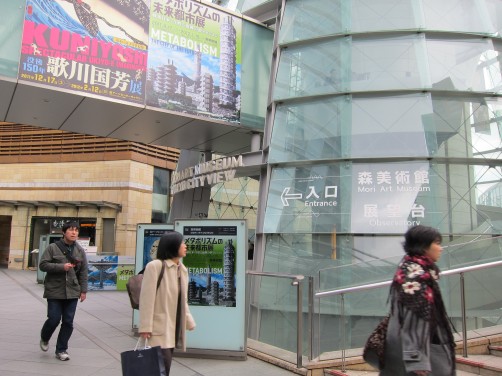 When we got there to see the exhibit, Haru had to put me away so I didn’t get to see anything… But I’ve been to the Metropolitan Museum in New York before, and I always fall asleep. Haru says it’s because I’m a little kid though. And she told me the Meta…Me-metalbowl…ism… show didn’t allow people to touch anything, so I would have been really bored. But Haru and Nina took me to see the observatory at the very top of the tower after they were done taking notes! 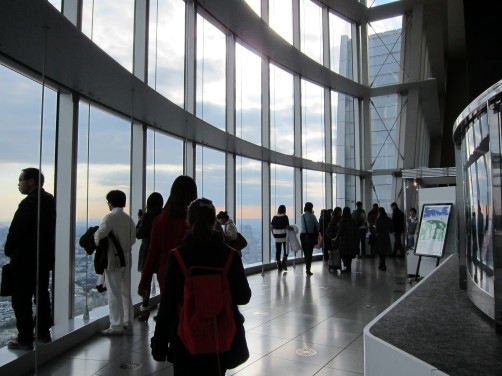 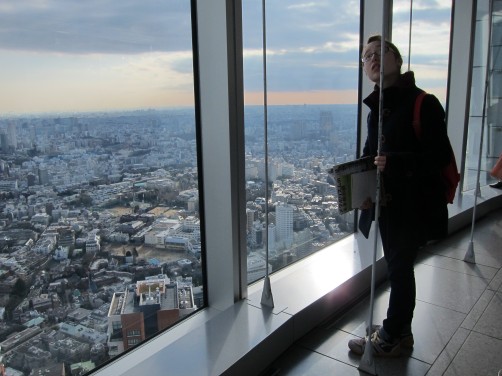 Nina was wondering why there were poles sticking out of the floor into the ceiling. But what got me was how the city looked as flat as a carpet rolled out under her feet! Normally, humans look like towers to me, but the humans on the streets below were so small that I couldn’t even see them!

And look at me! That red thing behind me is the Tokyo Tower. Haru found out a lot of it was made out of recycled steel from damaged US tanks used during the Korean war. I hope Haru will take me there one of these days.

The room near the observatory’s café was SO BIG. To me, at least…

I wanted to use the binoculars, but it’s hard to see through them if your head is too small to fit right.

So Haru let me sit on a stone bench to look out the window. People kept giving us weird looks, but the sun felt so good and Tokyo looked so cool, I didn’t care. Even my kitty, Komame, was straining to get closer to the view.

After leaving the tower, Nina and Haru went back to the Japanese gardens outside to take pictures. There, they saw some kids playing with a dog. I wanted to go pet him too, but Haru wouldn’t let me.

But I got to get close to the water. It looked so pretty – like the sky was living inside of it. 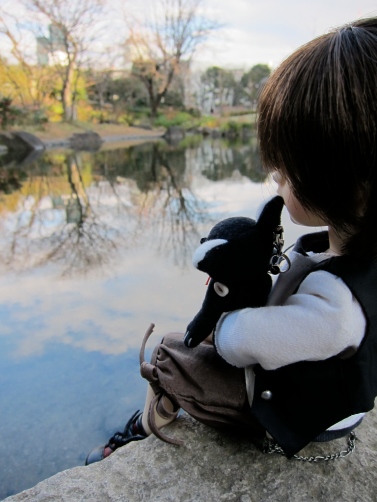 I almost got to jump in, but Haru grabbed me before I could. I’ve never seen anyone turn so white and floppy so quickly, as if they had suddenly turned into paper. When I asked why I couldn’t go swimming, she just made a face at me and said I’ve never taken a swimming class before.

Anyway, I wish I could have had more freedom to do the things I wanted to do, but I don’t mind right now. This visit is far from over after all!