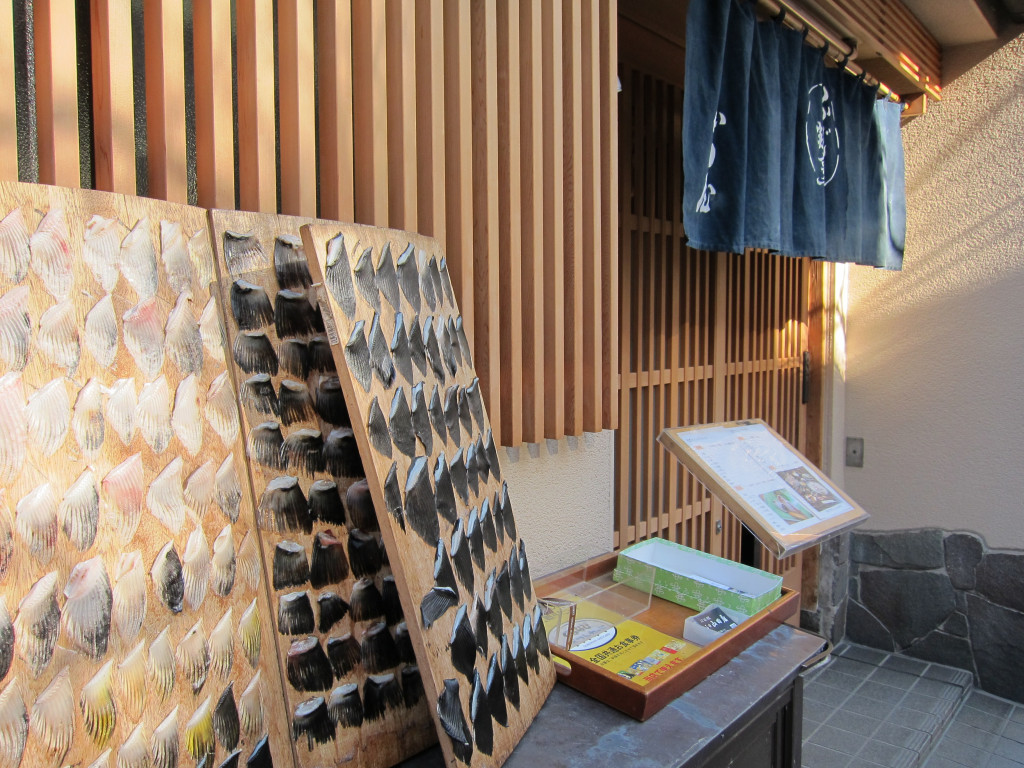 What’s on the menu today? Raw eggs and fish fins. I know it’s enough to make most people want to hurl.

I wouldn’t blame them. It doesn’t sound very appetizing, but this little entry will be about how delicious food is here anyway. Just wait.

Haru took me to school again, and I have to say I wish she would invest in a more comfortable form of transportation for me. Being wrapped up in a purple scarf and stuffed into her backpack is not the best way to go anywhere, especially during rush hour! If she thinks she feels suffocated, imagine being wrapped like a mummy and trying to battle her water bottle for space in her bag at the same time! Luckily, today was pretty sedate as far as traveling goes, but boy, was lunch not.

So here we are somewhere between TUJ and Tamachi Station with the Tokyo Tower in sight down the road. 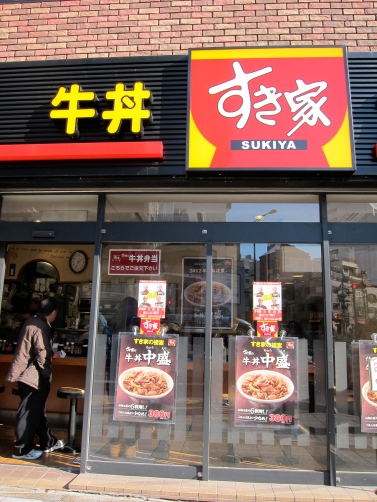 Here, we found a restaurant on the corner called Sukiya (すき家). It’s a fast food chain store of sorts. But when I say fast food, I don’t mean hamburgers and fries like at McDonald’s. This place has more traditional food like various gyuudon (beef and rice) and curry dishes, among other selections. 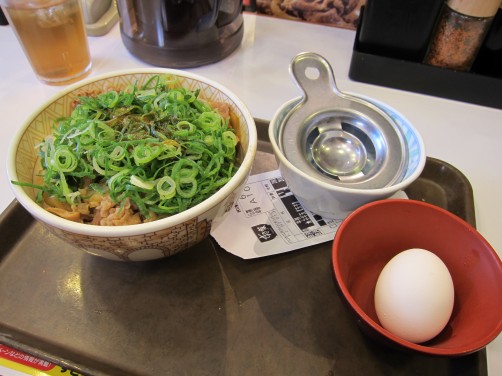 It’s pretty cheap too! Only 380 yen for a big bowl of beef and other ingredients – including a raw egg. I was shocked that Haru chose it, but she told me it was because she liked the name, Negitama gyuudon (ネギ玉牛丼). It had chopped up leek, beef, and some special sauce drizzled over a bowl of sweet, short-grained rice. But the best part was the raw egg, according to Haru here. The egg should be strained for the yolk with the little strainer… but the way Haru did it was dump yolk and egg guts alike onto her beef, then churn it up together with her chopsticks like she was making cookie dough. Unfortunately, she felled the huge bowl of rice so quickly that she didn’t even get to take a picture of it because it was gone so fast.

Komame and I barely had enough time to dodge her chopsticks and get out of her way! I could only watch our human friend in disbelief as she mauled her food.

After lunch, it was back to school again, but not before Haru snapped a photo of her two victims who were (willingly) dragged to the restaurant. V for Vive – lucky to be alive!

On the way, we passed by this cool little restaurant. Judging the fish fins displayed by the front door, I’m thinking there’s a lot of raw fish inside. 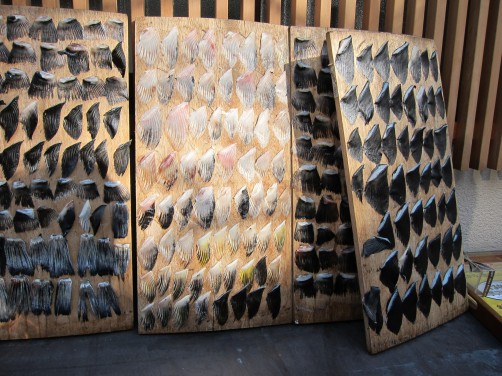 I asked Haru, Nina, and Casey if those fins happened to be what’s on the menu, but they didn’t know either. I would have stopped to ask, but Haru put me back into her bag before I could go anywhere.

I WILL have my chance to do something more interesting than going on lunch dates and watching Haru stuff her face. However, I have to say I wasn’t expecting to see her eat raw egg and pass by a restaurant selling fish fins in a span of one hour. There’s always something new to see here in Tokyo, no matter if it’s a sky-scraping tower or a little restaurant nestled in between.