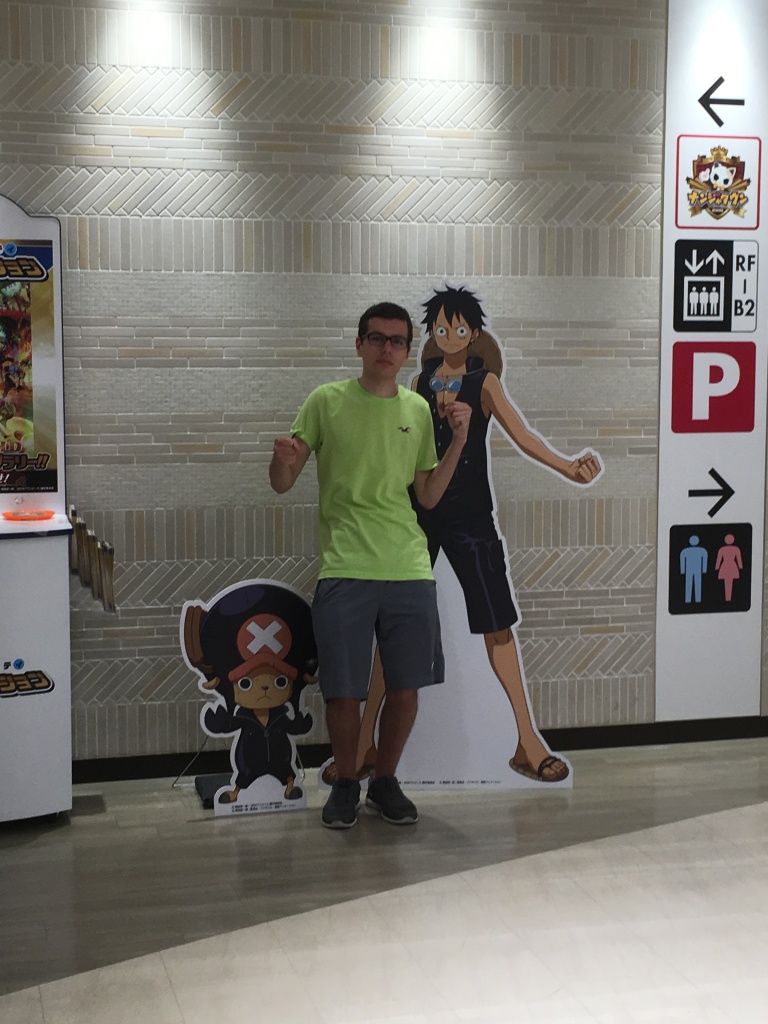 On Friday, I took my last classes at TUJ. A few members of the Gamers Club were celebrating with an all-night karaoke session and invited me to tag along. I went to karaoke once last year, but this place was completely different. The karaoke place we went to actually scored songs based on a wide range of factors, and if your score was high enough, you won a prize. As one could imagine, most of the songs were in Japanese, but there was a small selection of English songs as well. Since I’m now able to read the hiragana on the screen, I at least attempted the Japanese songs. I got passing scores on every one, so that’s good enough for me! I also tried octopus for the first time while I was there. I normally don’t like seafood, but the octopus wasn’t that bad. Overall, it was a really fun night! 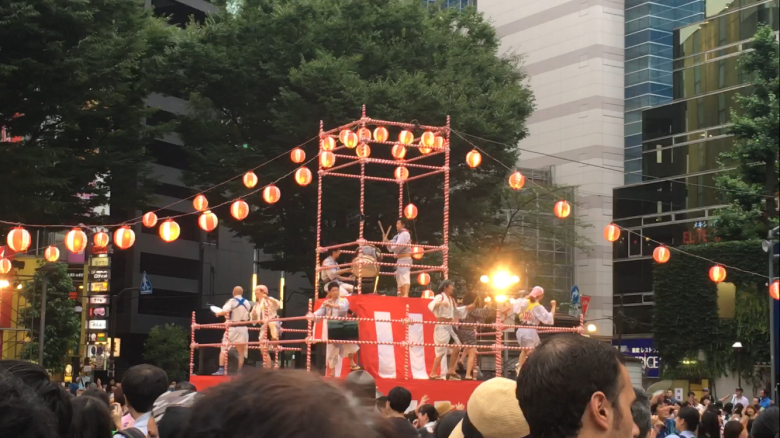 The next day, my friend and I went back to Ikebukuro to go to a dancing festival. In the center of the city, there was a giant tower with people banging large drums and playing other types of traditional festival music. There must’ve been hundreds of people surrounding the tower and dancing along. There was also delicious food and even free fans. Even though the festival was rather small, it was even livelier than the one I went to in Shinjuku. Everyone looked very excited to be part of the festivities, and many people were dressed in yukatas and other festive garments. It was a fantastic experience!

After a dance or two, my friend and I explored parts of Ikebukuro we didn’t go to last time and eventually found Sunshine City, the mall containing the Pokémon Center we had searched so hard for during our last visit. The mall wasn’t nearly as big as the one in Skytree, but it was still fairly large. It had several cafes, an aquarium, and even a giant statue of Godzilla’s foot. Finding the Pokémon Center inside such a large building proved to be a challenge, but we were able to get there just before it closed. The store had much more merchandise than what I had expected. There were plushies of dozens of different Pokémon, ranging from the size of my hand to the size of my dresser. There were also giant statues of some of the more popular Pokémon as well as key chains, figures, clothing, and accessories. I was able to get some nice presents for my brother and my friend back home and also got myself a pair of Pikachu ears. The store was definitely worth the search. 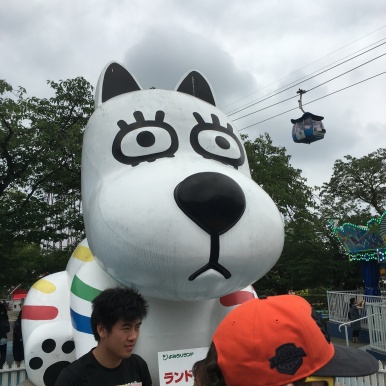 During karaoke, one of my friends there invited me to Yomiyuri Land, an amusement park/water park. I love going to theme parks and rarely have the chance to go to any, so I was excited to go. Most of the stuff there was similar to what you would find at a regular American theme park, but there were a few things that stood out to me. The main difference I saw was the wide variety of performances featured throughout the day. I didn’t watch all of them, but the most notable one I saw was a knife juggler on stilts. There was also a grand performance in the water park’s main pool featuring Scott Man, the hero of the park. Scott Man was able to shoot a water gun out of his head and had his sidekicks shoot the audience with hoses and water works. The song he sung was very entertaining, and the entire crowd, including me, really got into the show. It was arguably my favorite part of the trip.

At the end of the day in Yomiyuri Land, one of my friends asked each of us if we could write her a goodbye note. That’s when I realized that this may be the last time I ever see some of those people. I can’t believe the study abroad program is nearly over already. It feels like just last week I was meeting the friends I’ve made here for the first time. I was honestly a little scared when I first came to Japan, only knowing two other people in a strange, new place. However, being so far out of my comfort zone forced me to become more independent and open, which has caused me to make so many great friends in such a short period of time. Even though I may not see many of them again after next week, I’ll make sure to stay in touch. I’m glad that I’m fortunate enough to have made at least a few friends from main campus that I’ll be able to see next school year. One of them is even joining the anime club! However, goodbyes are still a little while away. I have a few plans left before leaving Japan at the end of next week, and I’ll make sure to talk all about them. Until then, Sayōnara from Japan!