It’s that time of the year again – final project week(s). The last few weeks before final exams where every professor in every class asks for a 3,000 word essay and a 20 minute presentation. In the midst of all the paperwork and presentation slides, I have to take a break and step back from it all. And while I’m laying on the floor of my dormitory, covered in note books and loose-leaf handouts, I think back to the last bit of freedom I had: the four-day cultural holiday weekend. During that weekend, it is not uncommon for many of the Japanese students to go home to be with family, or for the study abroad students to travel to farther cities (or even to Korea!) to get away from the constant hustle and bustle of the city. As for me, I went down south to Suo-Oshima, an island in Yamaguchi-ken, to be with a friend from home who is in Japan with the JET program teaching English to middle and elementary school children.

The school I went to is on a very tiny island called Nakasejima. There are less than 100 people living on the island, and there are only 11 children (3rd – 8th grade) at the school. One of the classes only has one child in it.

Most of the island’s inhabitants have lives that revolve around the ocean, and fishing still a huge part of their lifestyle.

Then, the weekend came! Some of the JET teachers and I made the almost two hour trip from Suo-Oshima to Matsuyama, the capital of Ehime prefecture. When in Matsuyama, you must visit Matsuyama Castle. It is built on top of a mountain that rises 433 feet (or 132 m) above Matsuyama City and it’s a HIKE to get up there. But once you’re there, the view is absolutely spectacular and the castle is gorgeous amongst the Autumn leaves. 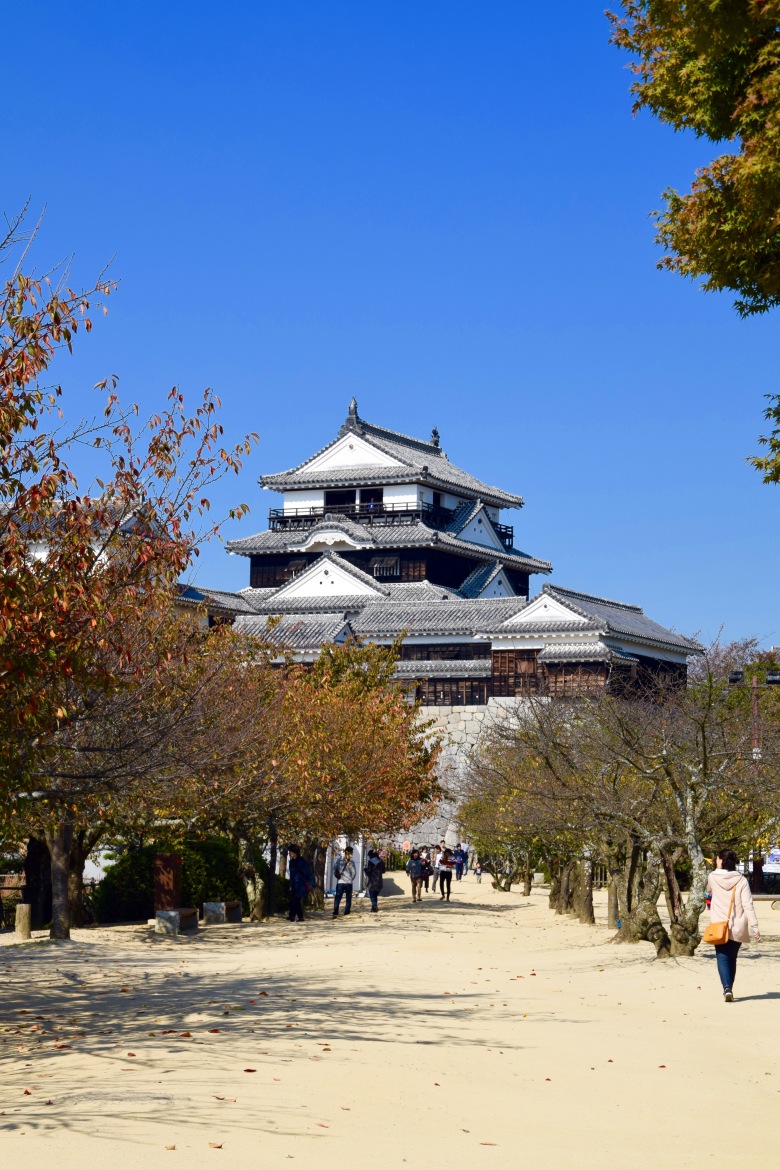 Also on the grounds is an expansive garden. The garden has this bamboo monument to commemorate a coin found that signifies the tragic love story of a Russian prisoner and a young Japanese woman. The garden is incredibly popular for wedding or engagement photos, and many young couples come here looking for blessings on their relationship. The garden also doubles as a pretty expansive mikan (or tangerine) garden. Just don’t take any of the fruit or one of the garden workers will chase you down… not that I know from experience or anything.

Sometimes I feel like I’ve been spirited away from my city lifestyle and taken back to feudal Japan.

At the bottom of the mountain, there was a huge festival going on. Upon further inspection, we came to find out that it was the Japan prefecture character festival! Each prefecture in Japan has its own mascot or character, as do most of the government offices and public services (firefighters, police, post office, etc.). Many companies also have their own figure. You could take pictures with the mascots, partake in very cheap and delicious fair food, play games, and get free stickers and tissue packets.

Our last stop in Matsuyama was to the famous Dogo Onsen. Dogo Onsen is the oldest onsen still standing in Japan, and it is part of the inspiration for the onsen in Spirited Away.

Unlike other onsens, which are very expensive, Dogo Onsen is relatively cheap with the most expensive option being a little over 1500 yen. However, they do not provide towels or soap, shampoo, or conditioner. You can find these things in the shopping street right in front of the onsen for very cheap, though.

The experience was amazing. It really felt like I was in one of my favorite movies. Everybody was wearing yukata walking around this part of the city. Plus, there was a bon festival at night, so there were tons of performances and traditional music. 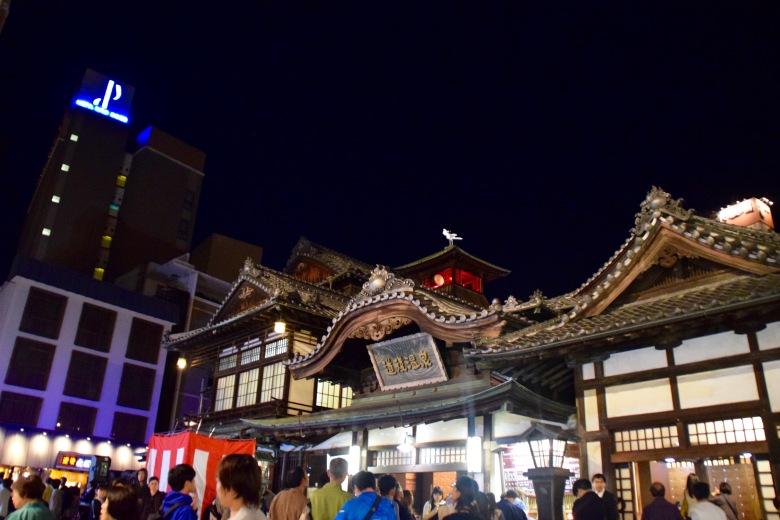 But of course, all good things must come to an end, and the airplane that spirited me away from Tokyo had to bring me back. As I sit writing this post, I keep on looking at the paper to my left due in two hours that I should have started last night but put off until now and the presentation on my laptop that I have to give at 15:30. Oh well… ’tis the season, right?