A small city tucked away in the Picos de Europa mountain range, Oviedo has a quiet charm that resonates through each of its streets. The city’s calmness is accompanied by fresh mountain air that make every stroll a refreshing one. In addition, Oviedo’s incessant power washing and sparkling streets make the city one of the cleanest destinations in Europe.

A side street off of Calle Mon, a concentrated party street filled with bars and clubs. The morning after all the excitement, the streets are cleaned and washed of the events from the previous night. 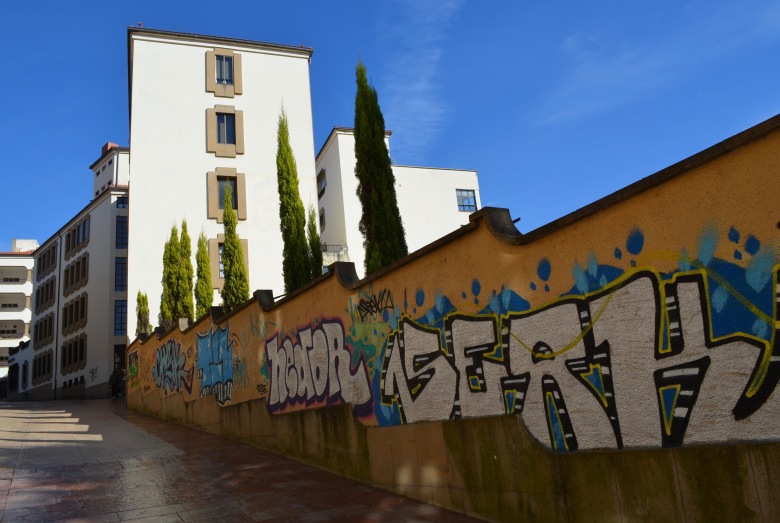 Though only a few pockets of the city contain graffiti, the street art in Oviedo as well as throughout Spain, is different from anything I’ve ever experienced.

Most elderly women in Oviedo sport fur coats and small furry friends. For animal lovers, the city is littered with unleashed dogs that loyally follow their owners from a distance. The city notably has a large variety of designer pure bred dogs that would surprise any American that came to visit. 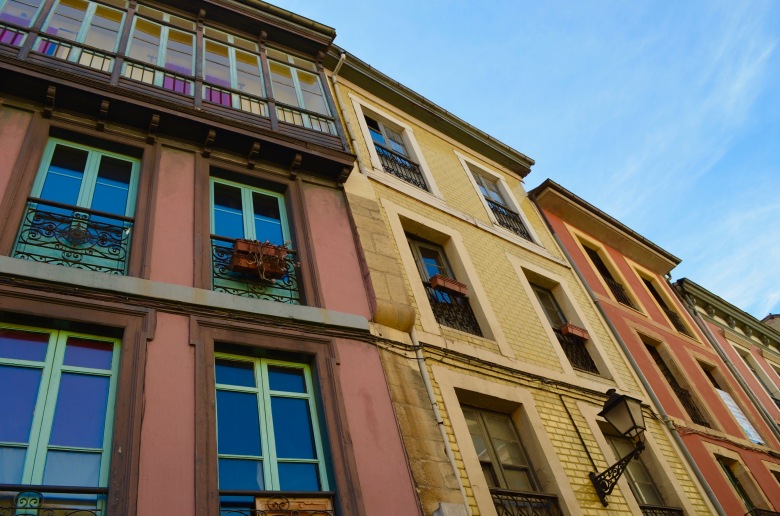 Many of the buildings in the city center are colorful and range in architectural styles. 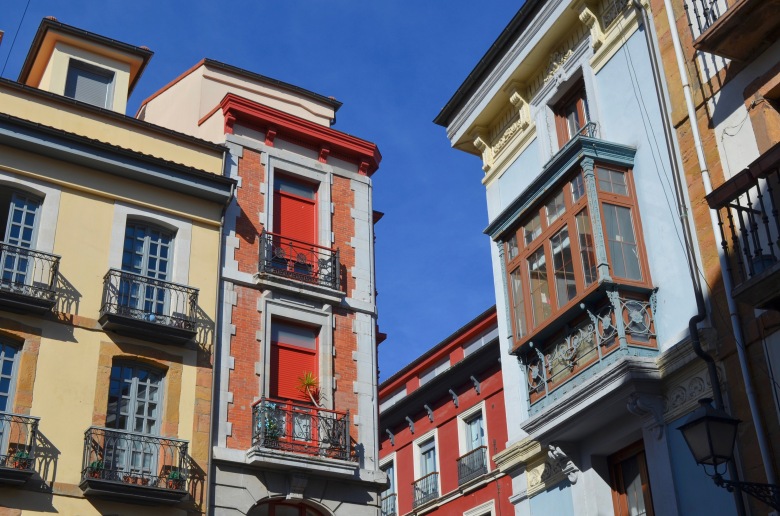 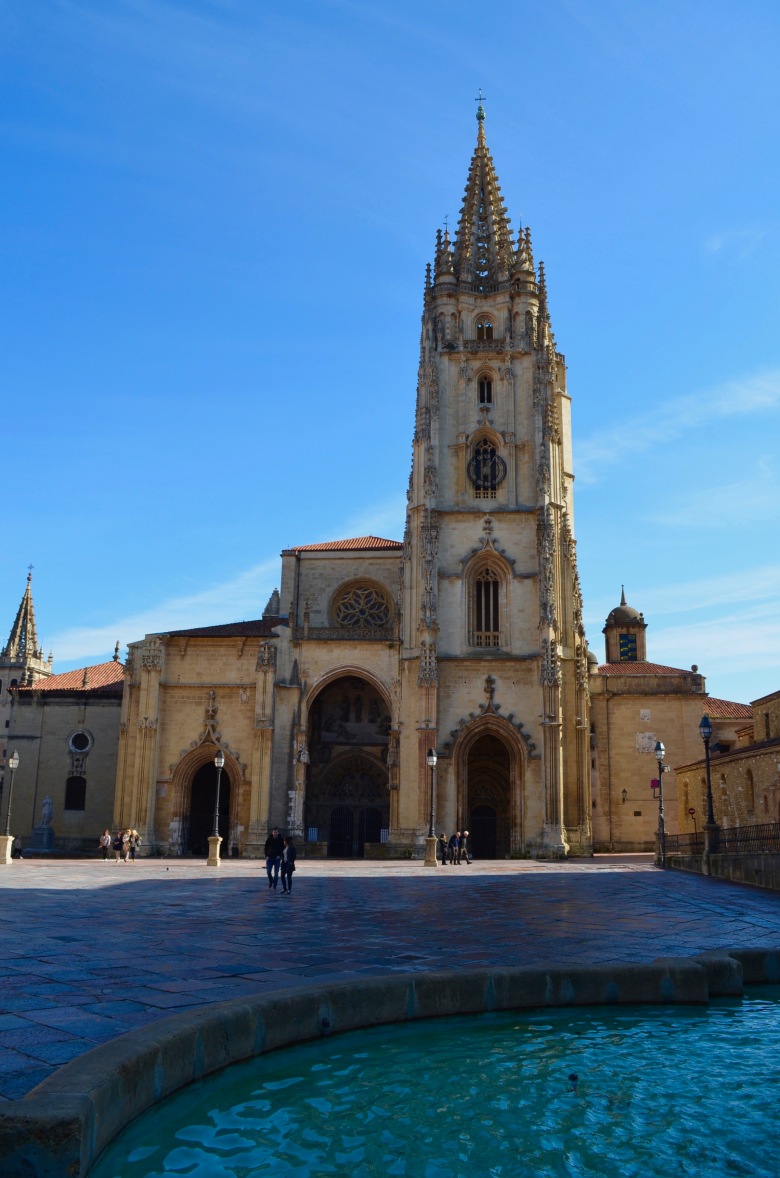 In Plaza de Alfonso II is the site of Oviedo’s cathedral. A beautiful square used for festivals and events, which is especially beautiful when lit up at night.

A view of Plaza Porlier. Oviedo has an abundance of plazas and sculptures. 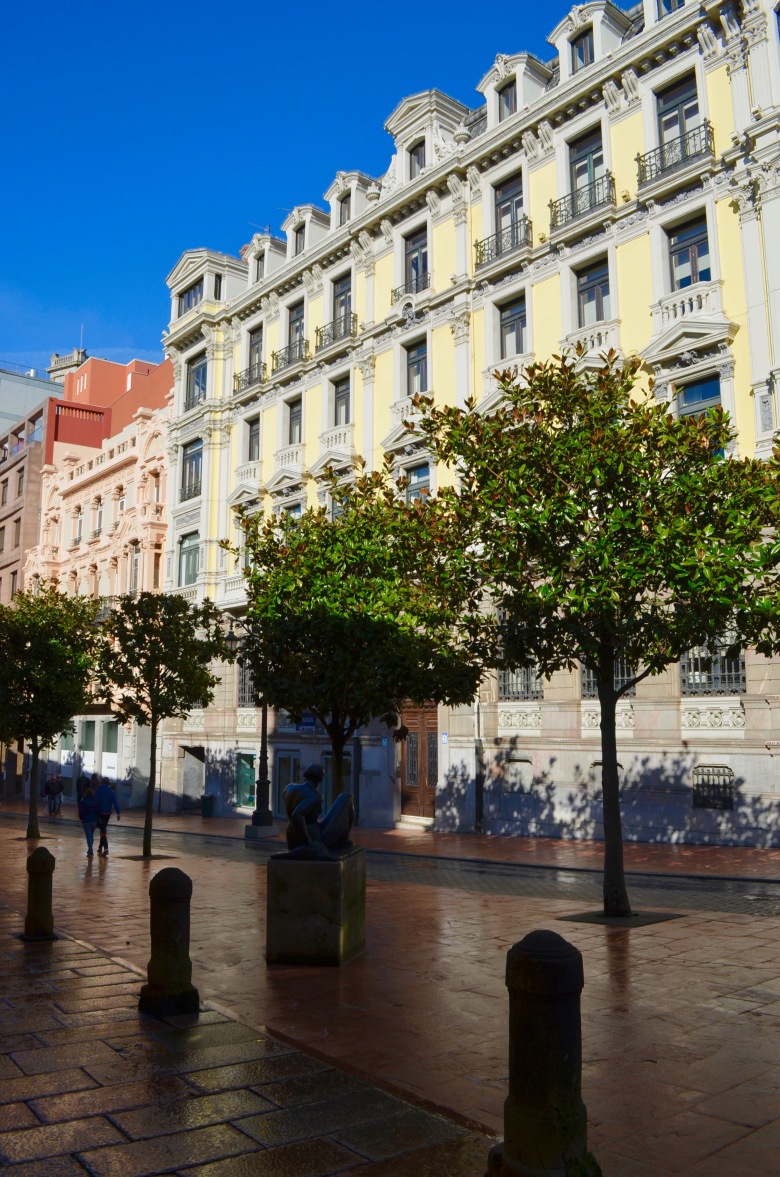 Street view from outside the University of Oviedo

Taken near the University of Oviedo