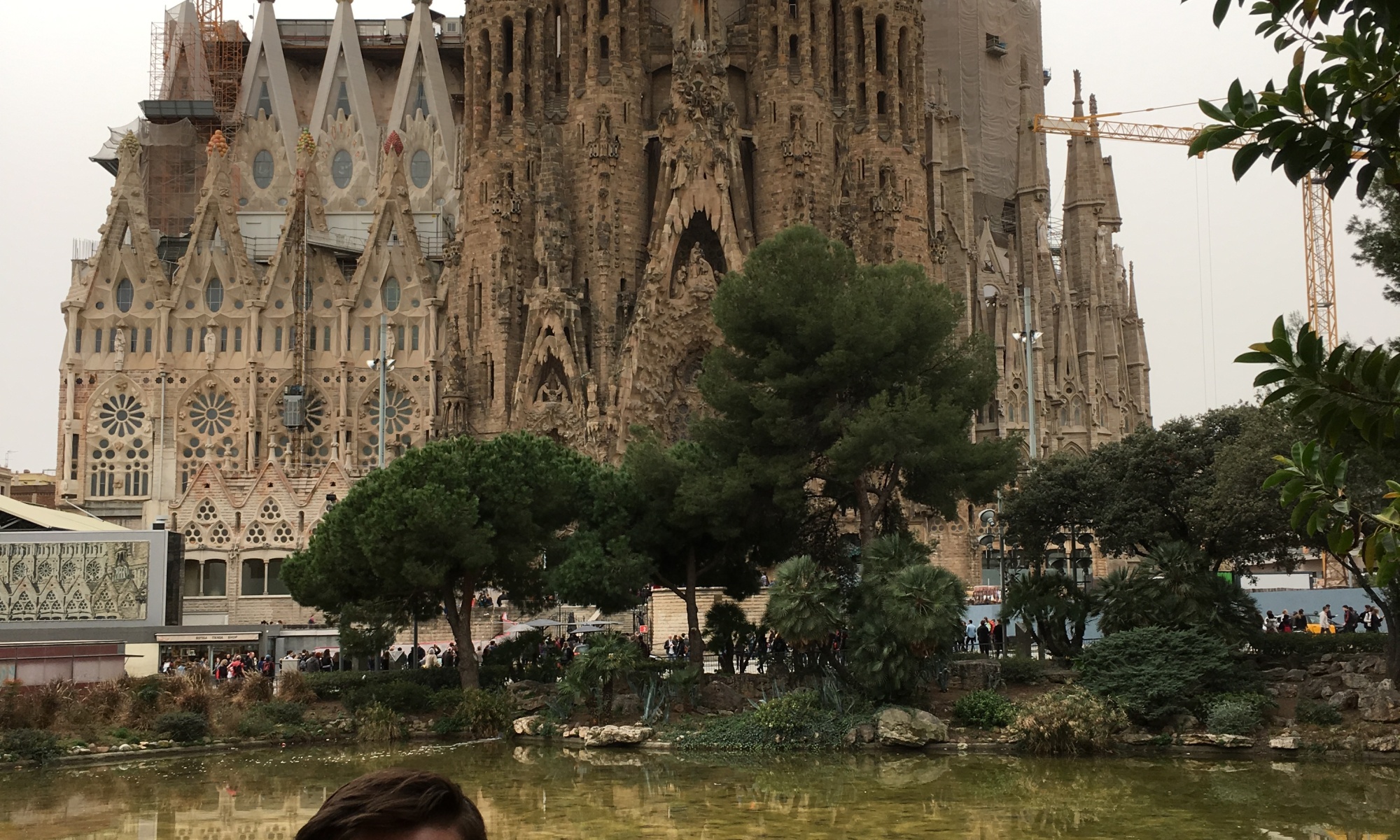 In continuing my previous blog post, I left the readers at a cliff hanger. Here’s the resolution. After my mom and Riley left, I packed my bags and took a shower. It was nice to have some serenity before traveling. Then I had to pick up a bus from the Eiffel Tower that drove me to Orly Airport. When I arrived, I was a bit nervous because this was my first international flight alone. As I passed through security, I worried my bags would be too heavy. After I passed through the metal detector and my bag went through the check, a security man asked to look through my bag. Suddenly a pang of uneasiness washed over me. He took out everything from my bag and put it back through the security check. He couldn’t find anything, but we talked for a while as he searched my items. It was relieving to know that even when you do international travel alone, there are still people so kind and helpful.

And my flight was great on the way there. I would highly recommend Vueling (Spanish budget airlines). They played some cool music on the flight, I got my first hearing of a language I wasn’t familiar with (and man could these Spanish speakers speak fast!).

I arrived in Barcelona on time and took a bus into the city. As I walked down the Rambla, there were cool restaurants and ice cream shops all around. I of course had to get an ice cream cone with mystery flavor electric blue coloring (I had no idea what I was ordering at that point). I met Anna down the Rambla near our hostel (Kabul Party Hostel) at the Placa Reial. We dropped our stuff off and then got dinner on the Rambla. It was so cool! The food was amazing, not to mention our massive Sangria glasses. We were so tired by the end, that we didn’t go out. But our hostel had other ideas. We were on the second floor and it was so loud and congested in our room (I would not recommend staying there).

The second day we went on a walking tour. There were two options, a Gaudi walking tour or a Gothic walking tour. Since we were staying in the Gothic quarter, we decided to venture out to see the works of the famous Catalonian artist Antoni Gaudi. What we saw was astounding. This man was absolutely crazy in his designs and artistic conceptions. A dark beauty, a colorful extraordinaire, a quirky design all in one.

But of course the creme de la creme was La Sagrada Familia, an imposing cathedral in its 135th year of construction. When completed it will be the largest and most elaborate cathedral in Europe, possibly the world. Here are some pictures: 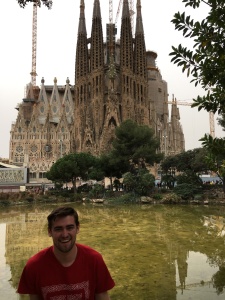 From there, Anna and I decided to walk all the way up to the top of Barcelona to get a better view of the city. We came upon the Park Guell, an expansive public park overlooking Barcelona. There are small houses there, massive and beautiful gardens, and also a large centerpiece of Gaudi’s Catalan modernism architecture style. We bought tickets to see his tile work, but were told by a friend who we randomly ran into that if we waited until 6:30 it was free. Anyway, it was going toward the city and for refurbishment of Gaudi’s architecture, so it was a good cause. The views from this park were simply breathtaking.

That night we had dinner at another restaurant and I ate seafood, which was quite good and very filling. We took a walk near the Mediterranean port area, which was beautiful at night. We couldn’t go out that night because the next morning we had a 7AM flight. We packed and went to sleep. We only had four hours of sleep when we woke up at 4AM. We checked out and then made our bus at 5AM when it began to rain. We made it on time and everything from there was smooth sailing (flying).

The flight was loud again (wow the Catalans can talk!), but I was too excited for what lied ahead…