In hindsight, I am sorry that I had not done it sooner.  But by the same token, there could hardly have been a better way to spend my final night in the Eternal City than observing the Roman city landscape, perched atop the hill on which sits Villa Medici.  Why?  Because one who came before me, the great Ottorino Respighi, set this very scene to music in 1916 with his infamous Fontane di Roma.  After getting lost briefly in the labyrinth of roads in vicino Villa Borghese, I barely made the fountain in time for il tramonto.  But I came prepared: my headphones, a well-worn pair of ATH-M40X’s which have seen daily use for three years, and my favorite version of the Respighi, a recording of the Philadelphia Orchestra under the baton of Eugene Ormandy in 1957.

I had done the same for another movement at the Trevi Fountain at midday, which was pretty cool.  But I was not prepared for this experience.  All the stress of the previous six weeks melted away, and all the most wonderful moments I had encountered seemed to culminate in those five minutes.  “La fontana di Villa Medici al tramonto” is a somber, picturesque movement, and probably the most impressionistic of the four that make up the piece.  Prior, I had sworn I could hear the particular moment in which the sun goes down (2:58 mark in the recording), and I feel like being there to see it only proved me right.  Truth be told, it was one of the pinnacles of my trip, and for all the crazy things that I saw and did over the course of six weeks, that’s hardly insignificant.  It was magical.

But speaking of crazy things I saw and did, I have one final weekend trip to reconcile with the blog.  This excursion took me to the far north of the country, in the region of Alto Adige.  You may also hear the region called Südtirol, as most of populace is German-speaking.  In my previous post, I noted how differently Sicily looked and felt from the rest of Italy.  That was because I hadn’t yet been to Alto Adige.  It’s full of towering peaks, swooping green valleys, yellow-flowered alpine meadows, pine forests, and rushing streams of blue-green water.  Three days chock-full of hiking and a biking trip brought me from Resia (Reschen) to Merano (Meran), Bolzano (Bozen), Bressanone (Brixen), Val di Funes (Villnöß), and Lago di Braies (Pragser Wildsee). 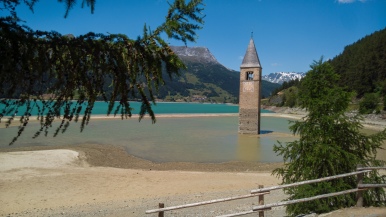 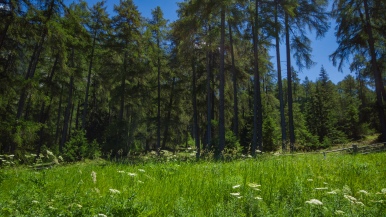 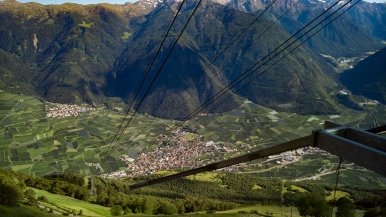 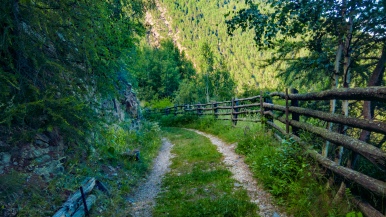 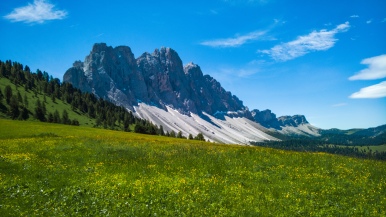 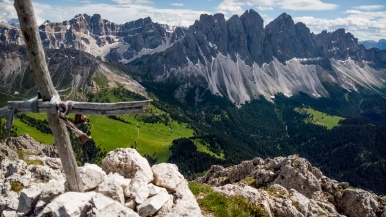 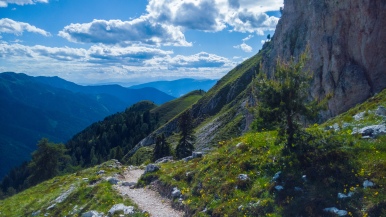 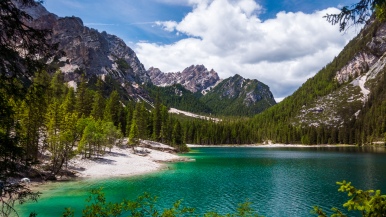 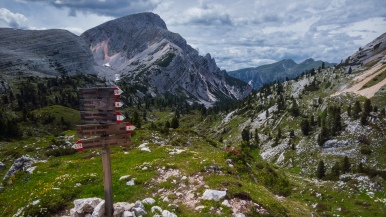 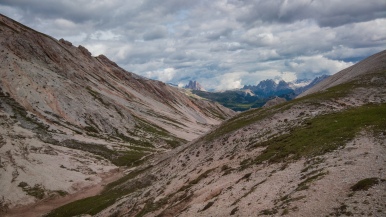 The hiking was the most difficult I’ve done in my life.  Following my hike in the vicinity of Lago di Braies, which featured a number of landslide-induced trail interruptions, I did not return to my starting point at the hotel resort until twenty minutes after the final bus had departed for the main train network.  With my traveling companions already having left without me, this tardiness set off a chain of missed trains which would ultimately mean I missed my overnight train back to Rome.  Stranded in the Italian alps near the Austrian border with night quickly approaching and approximately forty minutes by foot from the nearest village, I went into the hotel to see what assistance I might be able to acquire.

While waiting for the receptionist to finish the phone call he is preoccupied with, I was approached by a kind elderly woman who asked me (in English) what the situation is.  I explained the entire ordeal, including the unexpectedly dangerous trail conditions and the missed train, and that I am a music student from Philadelphia studying in Rome.  She then revealed that she is the owner of the grand old hotel, and also that she is a lover of music.  She asked me if I can play piano.  I replied in the affirmative, having begun studies twelve years prior, although noting that I am several years out of practice.  To my disbelief, she then made me an offer: play piano for her tonight or tomorrow, and she’d give me a room where I can spend the night.

I don’t quite remember the timing of the sequence that followed, but I’m afraid I might have stood blinking in incredulity for a few too many moments.  At the end of it, I played the best I could remember on the old, out-of-tune upright in that wonderful old hotel’s lobby for guests after dinner, as well as my gracious host.  This included a few of the works I had written recently, transcribed for piano on the spot, but it was the least I could do.

It’s funny, actually: I normally carry my messenger bag around with a pocket-sized book of Mendelssohn’s complete Songs without Words in the inside pocket – for just such occasions.  In packing for the trip the previous week, I gave pause while transferring items into my backpack, considering the booklet in my hand, and finally concluding, “I won’t need this.”

Anyways, the next day featured a ten-hour sequence of trains back to Rome, where finals week was in full swing and I picked up the regular daily routine again.  Having concluded coursework without too much stress, I can reflect on my half-finished movement of the string suite, which sounds not at all Italian.  I have written more in a handful of days than I had accomplished in six weeks here.  But on the flip side, I’ve probably seen and done more than most people would in the same amount of time.  And much to the satisfaction of my composition instructor, I’ve bottled up enough experiences to indulge a lifetime’s worth of inspirations.