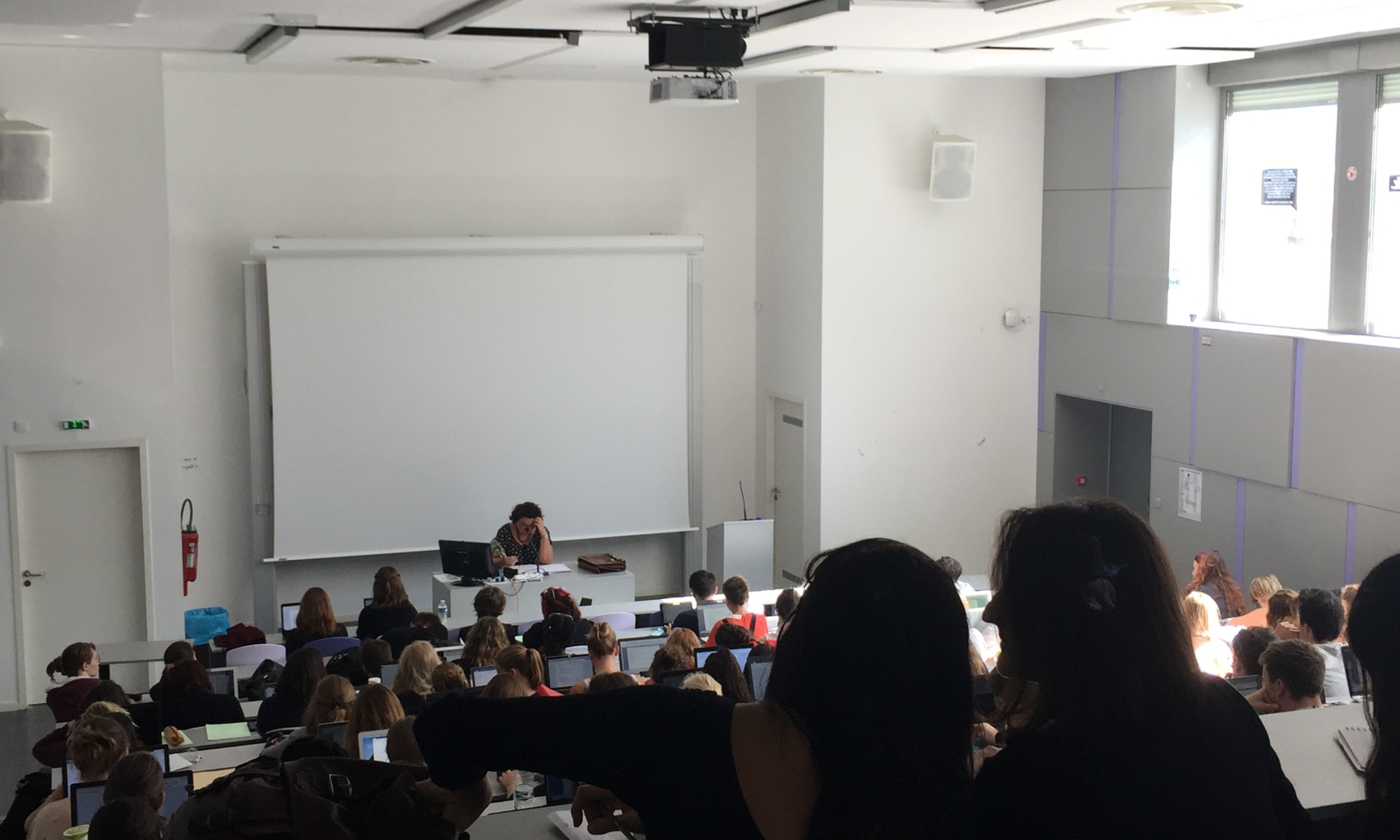 “It is not just a question of women wanting to be men or wanting liberation solely for themselves. It is a liberation for all”. I scratched down what I could understand of my professor’s opening remarks. I typically understand everything she says, but every once in a while, she speaks a little too fast for my comprehension. However, I understood what she was saying in that moment. The university class that I take is called “La lente émergence du féminisme: de l’histoire des femmes aux études de genre,” which translates to, “The slow emergence of feminism: from the history of women to gender studies.” My professor will often, in a forced American accent, utter phrases like “gay and lesbian studies” or “white feminism” to reinforce the notion that these are innately American terms. She speaks of American universities that offer a gender studies program as if they exist in a far away, fairy-tale land. The reality of feminism in France is that it has emerged slowly and is still not as widely discussed as it is in America. When I originally registered for the class, I assumed that it was purely a literature course. While we do regularly reference the feminist works that we read, my professor mainly focuses on feminist theory and how it came to be and has evolved in France. The vibe I get from the girl with pink hair and steampunk goggles, who sits consistently in the front row and excitedly chimes into every controversial discussion, is that the idea of a gender studies or feminism course is fairly new and radical in France. While the framing of feminism as a novel idea surprised me at first, I’ve come to appreciate a new lens on the ideology, especially with all the political and social upheaval happening in the U.S.

While this class provides a source of hope for me, I can’t help but notice the demographics of my classroom. Wednesday afternoon, in stuffy, crowded Amphitheatre B, I looked around at the hundreds of other students taking this course. Seven males. Three black females. The majority of my class, including my teacher and myself, were white females. Did this surprise me? Not really. While intersectional feminism enters more of the conversation today, so much of early feminist theory is based in “white feminism,” which offers a unidimensional view of the ideology and boxes out other, intersecting demographic groups. We have come a long way in terms of making feminism more inclusive and accessible, however, it still largely caters to white, cis-gendered, females in the way that media, literature, and even educators present it. I think that my professor does a good job of addressing these nuances, but it doesn’t feel right sitting amongst a majority white, female audience and talking about intersectionality. What I do feel good about is that the amphitheatre is full and while lacking diversity, young people are there, they are listening, and they are interested in opening the dialogue around the difference between feminism and “white feminism.” As an American woman, this past week has been hard to stomach for me. Being surrounded by other women and listening to my professor speak on women’s right to their bodies is a small comfort in the midst of what feels like a huge defeat.

Despite the slowness of feminism’s emergence in France, it’s interesting to see how another culture treats a social issue that is extremely relevant in America. It’s difficult being in another country, watching injustices unfold in the United States and feeling like I can’t be as active in the fight for gender equality as I’d like to be. I’m realizing, however, that the most important thing I can be doing right now is talking to people of all origins, nationalities, genders, races, etc. I don’t think Amphitheatre B on a Wednesday afternoon is a bad place to start.