It’s three months after the fact, but, here I am writing a New Year’s blog.

It was one of the rainiest New Year’s Eves in recent memory, or so I was told. Since October, Taipei has been a blur of overcast. I didn’t really think about it.

My friends and flatmates invited me to spend $50 to go to the overpriced tourist bars near Taipei 101 to see the fireworks. I politely declined. I can see 101 from my front room, or from the street. It’s the tallest building in the city – the point is that you can see the tower from all over the city. I suppose the crowd excitement and a closer view would make things more fun, but still, I politely declined. 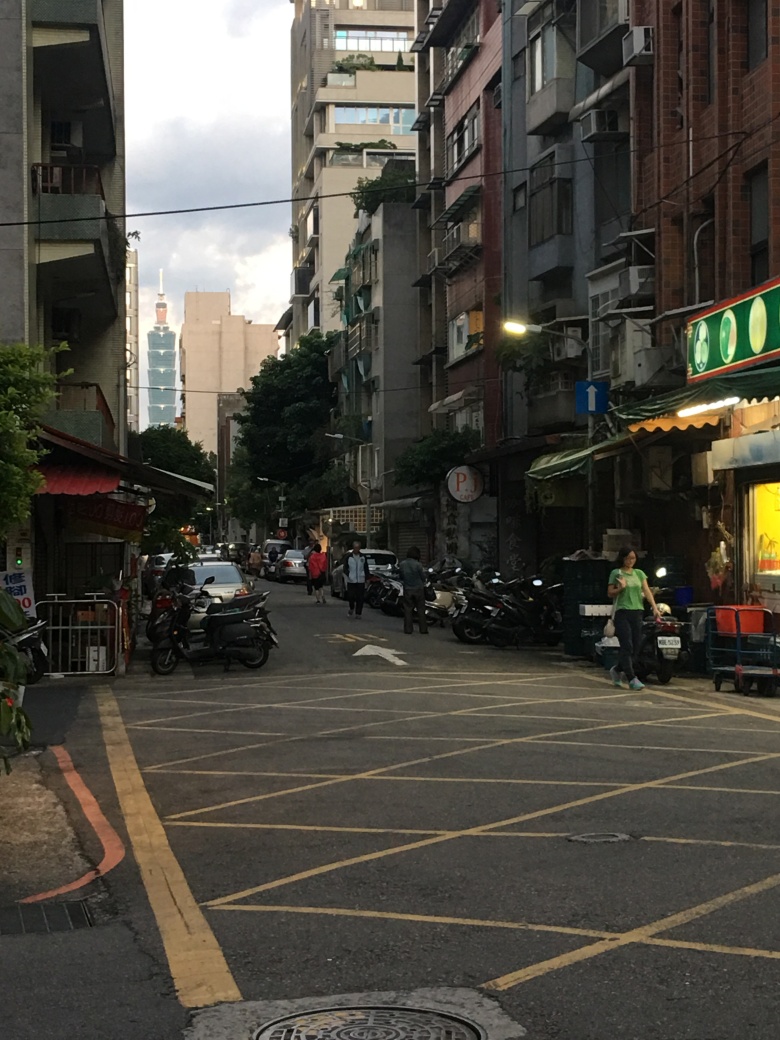 Originally, my plan was to just grab something from 7/11 and look at the fireworks from somewhere on the street.

So now that I put that on paper, I realize that it sounds… a little… depressing. But, honestly, it would have been a good time, I promise. I would still get that feeling of crowd excitement, Taipei’s streets are crowded on any other Monday, so I was sure that the streets would be a party on New Year’s. Besides, it would be cheaper, and more relaxed.

So anyway, as I’m sure you gleaned from my choice of language, I did neither of these things. My friend’s apartment is a few blocks away from Taipei 101, and she invited me to have dinner and drinks at her place and then go down to the street around midnight.

We spent most of the evening cooking. I got there at around 4 and the sun sets at 5. Her apartment is this wide-open space with walls of windows. The grey sky slowly deepened into LED saturated clouds.

By the time we made it down to the street, we joined the crowds, stared into the mist, and watched the sides of Taipei 101 explode. Smoke, clouds, and light engulfed the building. It was a nonstop assault of pyrotechnics for about 5 minutes, and then everyone put down their phone and walked back home. I’ve never joined a New Year’s Eve crowd before, and as you could tell at the beginning of this post, I never really planned to either. But, there is something special about it. There’s something validating about standing shoulder to shoulder with a bunch of strangers. Sure, it’s kinda strange, uncomfortable, and impractical, but that’s what makes this kind of dumb stuff fun. And when you do it with the right people, and not just join the crowd solo, it’s even better.