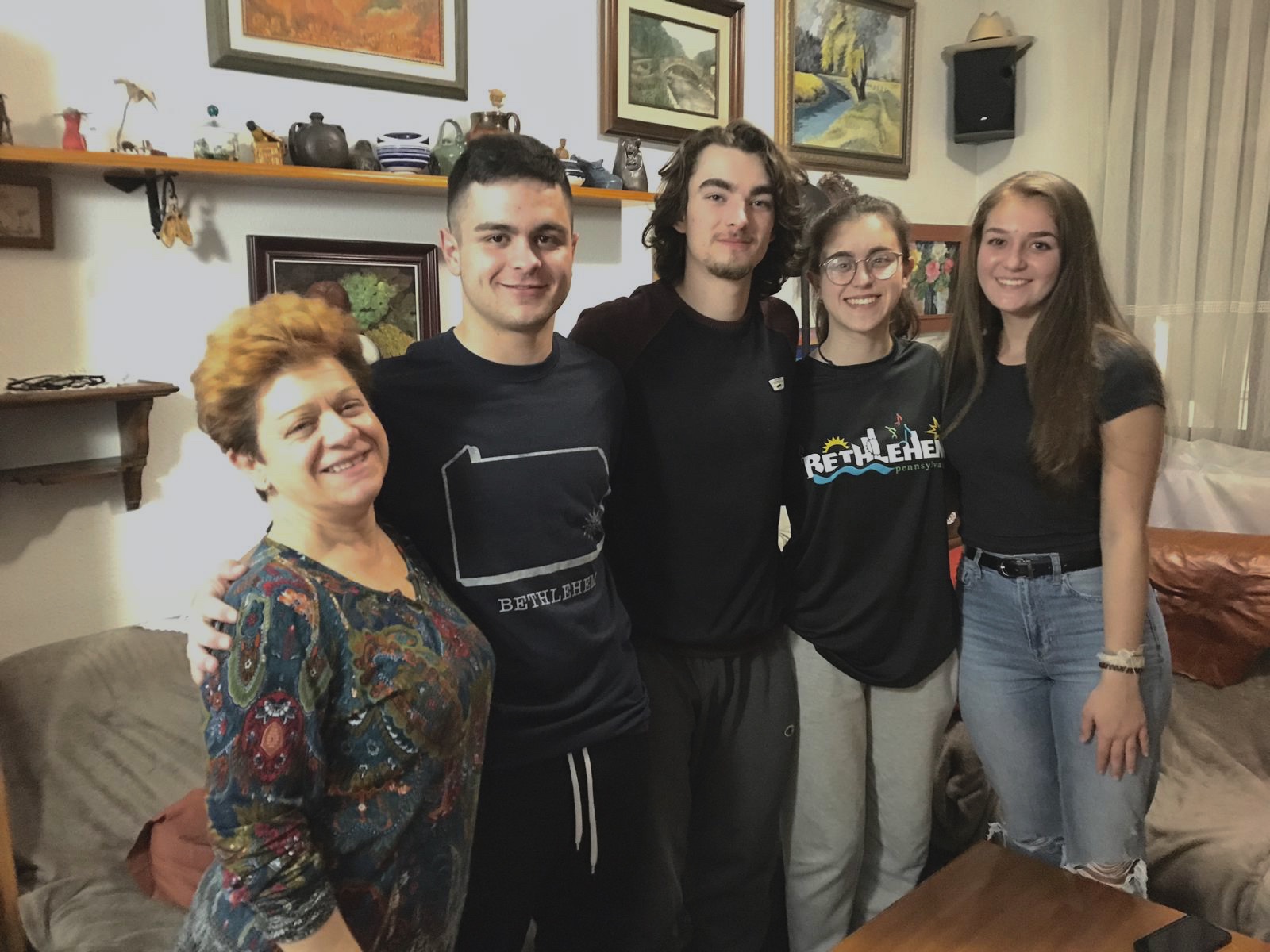 This past weekend, my mom and sister came to visit me in Oviedo as part of a larger trip to Spain. Arriving on Saturday and staying until Tuesday morning, I had plenty of time to share with them what life was like for me in Oviedo. Together, we did everything there was to offer here from hiking the famous Mount Naranco to dining at a traditional Asturian sidreria; however, without a doubt the most unique experience we shared was the time spent with my host family.

Just as I predicted, both my mom and my sister got along great with everyone. Initially, I had expected to be translating nearly every word between them, but to my surprise, everyone was able to communicate pretty well on their own. On Sunday, my host mom Lucia drove the three of us to Covadonga, a small town in Asturias considered to be one of the top tourist attractions in Spain. Covadonga boasts two famous attractions, the first being two picturesque lakes at the top of a mountain range and the second a famous chapel hidden in a cave. Although it was cold and snowing and the view was blocked by a thick fog, I still agree that this experience is a must-do for any traveler who passes through Asturias.

Afterwards, Lucia drove us to her hometown of Onis where we met up with some of her friends for lunch at her childhood friend’s house. They prepared a mountain of food, first starting off with the customary European plate of cheeses, breads, and dried meats, followed by a traditional Asturian bean and meat soup called “Fabada” and finally ending with arroz con leche, or what we would call rice pudding. The meal was fantastic, but even better was the opportunity to sit down with all Spaniards and make conversation. It’s not often as an American that one gets the chance to truly integrate themselves into foreign culture, so I knew that this experience for my mom and sister would be once in a lifetime. Although a bit exhausted from constantly trying to speak and understand Spanish, they had a great time and truly enjoyed the unique opportunity to integrate themselves into a different culture.

The next day, we again had dinner with Lucia, but this time we ate with my host siblings and some of Lucia’s friends who had come from the Canary Islands. Once again, we were fed cheeses, breads, and dried meats. For the meal, we had “torto,” a type of Spanish fried corn cake eaten with either more cheeses and marmalades or ground sausage. In this setting, surrounded by people closer in age with us, that conversation flowed more easily. My mom continued to impress me with her speaking abilities, engaging in complex conversations with the other moms while the kids played card games. As my sister quickly learned, all you really need to know in order to play cards is the basic numbers; from there, playing cards doesn’t necessarily require language. They taught us some games they knew, and we taught them some of ours, and together we played until 1:00 in the morning.

Putting yourself in the center of any family that’s not your own can be a nerve-wracking experience, and even more so if there is a language barrier. However, like Lucia said when I first told her that my mom and sister were coming: «No importa el idioma, aún puedo sonreír y reírme.»

“No matter the language, I can still smile and laugh.”