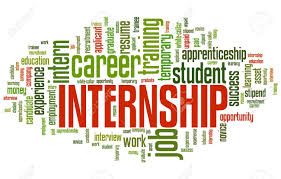 A disturbing amount of my friends and classmates specifically elected not to study abroad because they feared it would affect their chances of securing internships for their junior summer. Some of my other peers chose to study abroad only because they had previously secured an internship for the summer. Upon hearing this commonly accepted sentiment, I was not sure which I was more terrified of—how rampant and accepted this thought process was, or how comfortable I felt ignoring it.

I knew it would be a bit of a risk applying for the coveted ‘Junior Summer Internship aka-The-Ten-Week-Internship-that-Somehow-Dictates-the-Rest-of-Your-Life’ while abroad—the logistics of interviews, time zones, as well as the benefits of being present on campus to meet with recruiters and have access to the Office of Career Services are all factors that play into the aforementioned thought process. However, succumbing to those factors for an internship, believe or not, is not singlehandedly the most consequential part of my adolescence, felt too safe. It felt like a cop out, and most importantly, it felt like camouflaged fear of studying abroad and taking a risk that far too few Harvard students take. However, the imposter syndrome crept in—many of my friends were receiving interviews, and securing offers, while I patiently awaited first round interview e-mails across the pond in the Mediterranean. I wondered if I had made a mistake.

And then the first interview came in.

All I talked about was Rome—all they asked about was Rome. They wanted to know what I had learned, seen, and done, and those experiences spoke for themselves—it was evident that such a gained perspective would allow me to contribute to the workplace environment in ways other students could not. I realized that not only was my decision to study abroad not a burden, it wasn’t even a risk—it was purely an asset.

And as the interview process progressed, the benefits of being abroad became about more than just the fact that my experience allowed me to fill the cool study abroad applicant niche. My entire mindset about the process shifted because I was living abroad in the first place. The pressure cooker-esque environment that Harvard creates, especially surrounding internships and supremely around the jobs that you land your junior summer, was no longer a part of my daily stride. I wasn’t thinking about what would impress my peers, or what other students were doing or getting because, well, I wasn’t around them. Furthermore, I found that gaining the perspective of a new lifestyle made it easier for me to make my final decision in the end. Romans exist in a way that many Americans, and I would argue, almost all Harvard students do not—they actually try not to stress. Meeting the Italian tutors in my class who were unabashedly pursuing careers in fields they were passionate about revealed many of the flaws that plague the American professional industry. Roman life is slower—it’s not always about money, and sometimes, without guilt or admonishment, hedonism can be weaved into a life where folks still work hard and challenge themselves. Hedonism can mean doing what you love and not what others will find most impressive.

So, after a long arduous (but super feasible!) process of night phone interviews, midday Skype calls, and early morning e-mails and phone calls, I chose to work at the company of my dreams. I had the opportunity to perhaps pick opportunities that were flashier or more lucrative that many Harvard students stay behind in Cambridge in hopes of landing, but I chose to follow my heart. Had I let apprehension trump my desires and remained in Cambridge, I may not have been able to make the same choice.