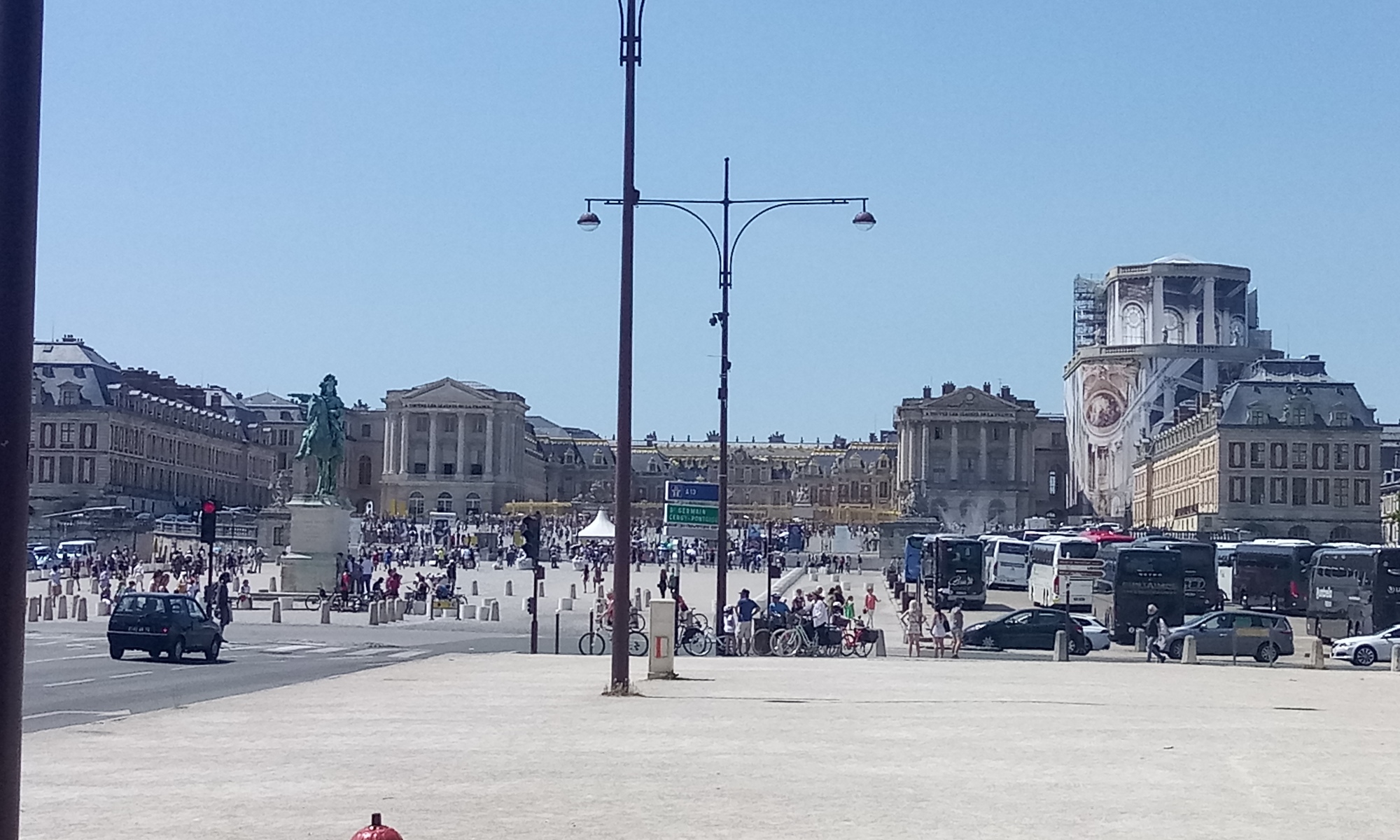 Two of the biggest concerns for me before coming to Paris were how my class and the program itself would be set up. I wondered how the program-sponsored excursions would fit into my class schedule. I also wondered how difficult my class would be. What if I needed to move down a level because my course placement was inaccurate? How far away would the Sorbonne University campus be from my apartment? And most importantly, how hard would it be to navigate the metro to get to class and around the city? These questions were quickly answered once I started the program.

We had an orientation session at the IES French Studies center, which is similar to a small student center for students in the Paris program. I took the metro (equivalent to the subway in the US) with my Navigo card, which allows me to take the bus, RER (regional) train, or metro trains throughout Paris and some of the surrounding towns. To enter a metro station or bus, you tap your card onto the purple circle and then you’re free to ride. There are many signs and maps throughout each station that list the stops and metro line accessible from each station. With the combination of using Google Maps to tell me which stops and metro lines to use and the helpful signs at each station, getting to where I need to go has been a surprisingly easy experience for me. After three weeks of doing this, I feel like I can get almost anywhere around Paris. Although, I usually have to do some walking in between stations but it only helps with exploring the city more. I’ve found some great stores and restaurants during these walks.

In addition to being my passport for navigating the city, the Navigo card is necessary for the program-sponsored excursions because we take the metro and regional trains to get to those destinations. Last Saturday, we had to take the RER train to visit the Château de Versailles which was where numerous French monarchs resided during the 17th and 18th centuries. Tall rooms with beautiful furniture from centuries ago littered every room, presenting the essence of royalty. There was also the historic Hall of Mirrors where the Treaty of Versailles was signed in 1919 to end World War I. Outside, the Gardens of Versailles were huge and stretched like a maze of beautiful flowers that stood as tall as trees. Even though these excursions were fun to attend, they last all day and are quite exhausting. As a result, we only have excursions once every weekend so that we aren’t too tired to go to class during the week. Sundays are normally days of rest where we’re free to sleep in or explore the city on our own.

In addition to Sundays, my class schedule is light enough that I can also explore during the week. My lecture class starts at 11 AM and ends on 1 PM from Monday to Friday, so I have the afternoons free. Additionally, the university is only a fifteen-minute metro ride from my apartment. With my professor, we’ve been mostly reviewing the basics of French and doing short homework exercises every day that have taken me no more than an hour to complete.  However, it’s important to note that the workload and class times vary, depending on the professor. Additionally, you have a week after classes start to move down or up a level. In my experience with my professor, she’s been really understanding and helpful in correcting my mistakes in French. She’s open to any questions I have and is patient with the class, which helps us process all the new information we’re learning every day. The most beneficial part of the class so far is that she is a French native. As a result, she’s able to teach us how French people converse colloquially. From this experience, I’ve learned that some of the formal French I’ve learned in America may rarely be used in France. However, all of it was useful in preparing me to be able to express myself in French, even if it is in an overly formal way.