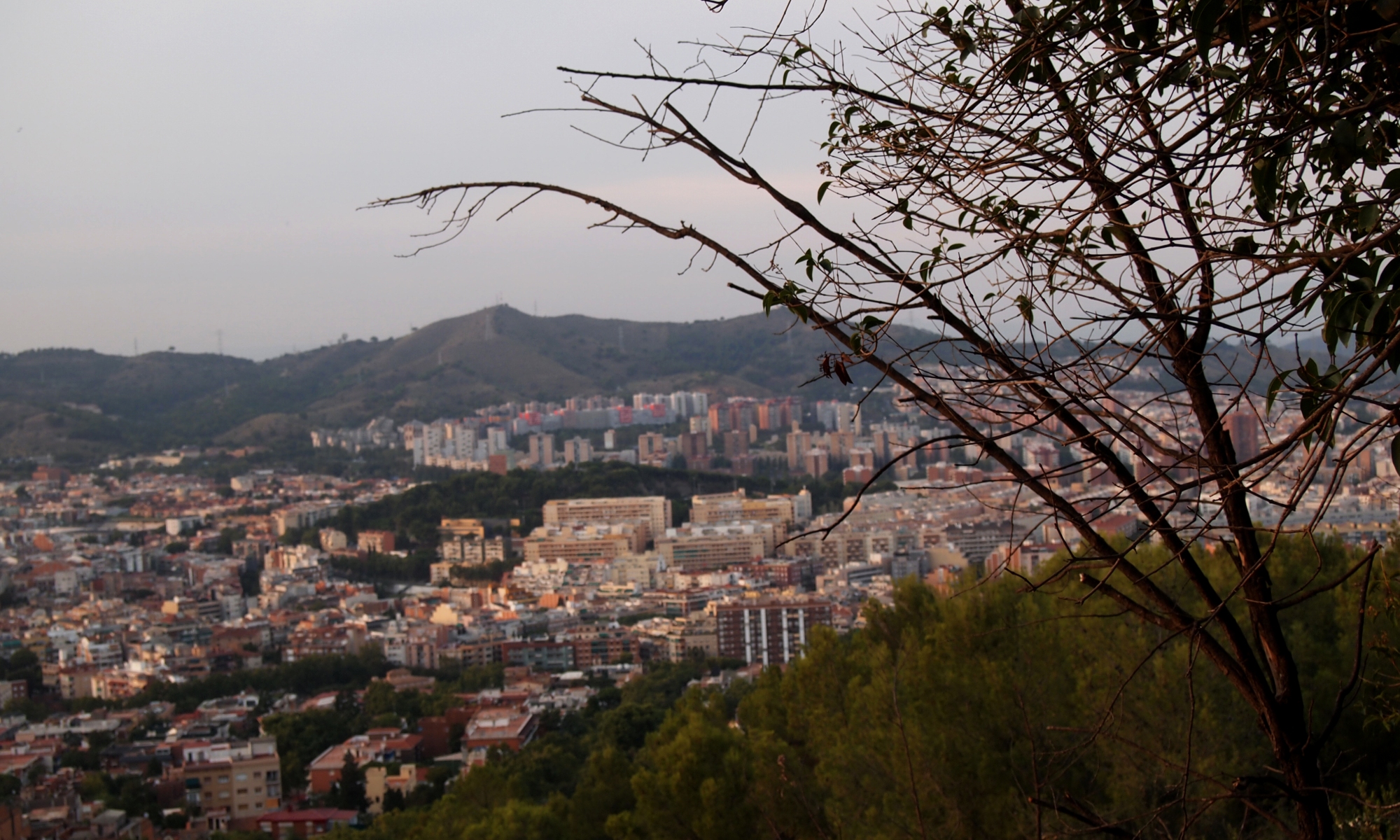 My mother once told me that it doesn’t matter where you’re from as much as it matters where you choose to stay.

I think about this as I am meandering through the northern neighborhoods of Barcelona. The small, personalized shops possess an aura of conviviality, sitting up and down Carrer Gran de Gràcia. Flowers rebelliously embrace the verandas above each brand name, careening through windows, occupying a territorial space. Well-dressed women stroll the street in cascading shawls, rarely hiding beneath the glistening sunglasses perched on their heads. They are fearless, and the light shimmers within their skin.

The September breeze still tastes like summer and heat and the Mediterranean Sea swept into the air. To the right, my Sicilian roommate looks through every window. Together we shake our heads and mumble, “Muy, muy caro,” every so often, stopping to brush against the deerskin leather of €189 jackets.

Ylenia has just bought two dictionaries: Italian to Spanish, Spanish to English. From time to time, we pause by the road to look for the right words — a practice that is familiar to us both. Strangers return our glances, catching broken pieces of our conversations. They never witness the entirety of each sentence: the satisfaction of communicating a thought in a language that isn’t yours. It’s like writing poetry. All the right sounds somehow come together before you understand what you’ve done.

“Molts turistes,” the lady behind me whispers to her husband, trailing softly behind my burned and sweating body. The weight of my chest toggles between heavy and free, confused between self-awareness and the liberty of not caring. We are tucked away in Gràcia, a quiet haven from the bustling consistency of Eixample and the Gothic Quarter. As far as I can tell, I am the only camisole-clad American on the block.

Soon, approaching the jumbled note of a tagger on a payphone — “Tourists go home!” — I’m not sure anymore.

I smile at the writing, and I keep walking.

Two semesters ago, West Kensington was the site of my first research project. To collect data meant to amble through crumbling sidewalks and tally vacant lots, estimating abandoned buildings like candy corn in a jar. It was not my neighborhood, and each interviewee made sure to tell me so. With my speckled Herschel backpack, composition notebook, and thick, purple glasses, their sentiment was superfluous, only validating what I already knew.

As a whole, the East Coast has not been subtle in its regionalism. In Barcelona, I understand that I am miles away from belonging. After all, I am another short-term resident, drifting in and out of the metropolis like a migratory bird crossing hemispheres. The graffiti is accurate; warranted. The hurt of its meaning is a dull ache, a nagging in the back of my mind. But it never cuts into my skin.

It is far more painful in Philadelphia, where I’ve worked to develop relationships and sentimental value for three years, without the barriers of language and cultural dissimilarities. Even today, I hesitate to call myself a Philadelphian, not being able to say I was born and raised in the city.

Here, transience creates the wall of estrangement, not unfamiliarity. There are many signs across avenues proudly welcoming refugees. There have also been large protests demanding the government to take in more — something that has never happened in the United States, despite our nation accepting a decreasing number of refugees every year. I wonder if this tells me more about Americans or Catalans. More so, I wonder about the politics of belonging. In the U.S., who is allowed to belong? And for whom is it easiest to belong?

I wonder about my mother, who moved to the states with no family, no friends, and minimal knowledge of English. I wonder what it must have been like.

It’s September 15, 2019. It’s another sunny day, and the trees are tall, slightly orange from chlorosis. Peering out the blinds upstairs, it’s evident that Sushiyaki has opened next door — late in the afternoon, the same time as usual.

Inside, recognizing me immediately, the owner hands me a menu and says, “¿Para llevar?” His daughter runs around the back, hopping from chair to chair in glee. I can’t explain it, but I’m suddenly relaxed, snuggled in a cozy old blanket with a warm cup of tea.

Roaming down Carrer del Consell de Cent, I look through the window of a nearby bistro, and the waitress at the counter waves hello. For a second, I’m overwhelmed by her effort, and surprised that she knows me from the one time I visited. As a former barista, it was always difficult to recall faces, unless they belonged to regulars. The stress and pressure of the job took away my natural demeanor and replaced it with a surface-level customer service façade. I didn’t need human connection. I needed tips.

But it’s different here. I don’t need to thank kindness, because it’s not required. It’s out of a genuine desire to be kind. And I’m not used to it.

In this moment, I smile at the waitress. I remember her face the way she remembered mine, and I keep walking.