Being a part of The Culture and Identity Envoy program, I have two primary goals.

One is to explore my identity as an individual who struggles financially, and to explore the vastness of that in an Italian and Roman context. It is paramount that I reflect on my experiences abroad and discuss how I have managed to still get the most out of this while operating in the confines of a very strict budget.

My other goal is to explore and strive to understand the experiences of others as they navigate their unique identities in Italy. The myriad of events that the Envoy program has to offer have greatly facilitated my ability to hear inspirational stories from other people and their perseverance in the face of adversity.

My first event as an Envoy was set to kick off Black History Month. Temple University had guests Marie Mosie, Ada Ugo Abara, and Susanna Owusu Twumwah. All of them shared their experiences growing up in Italy, which entailed public schooling, representation, and police brutality. 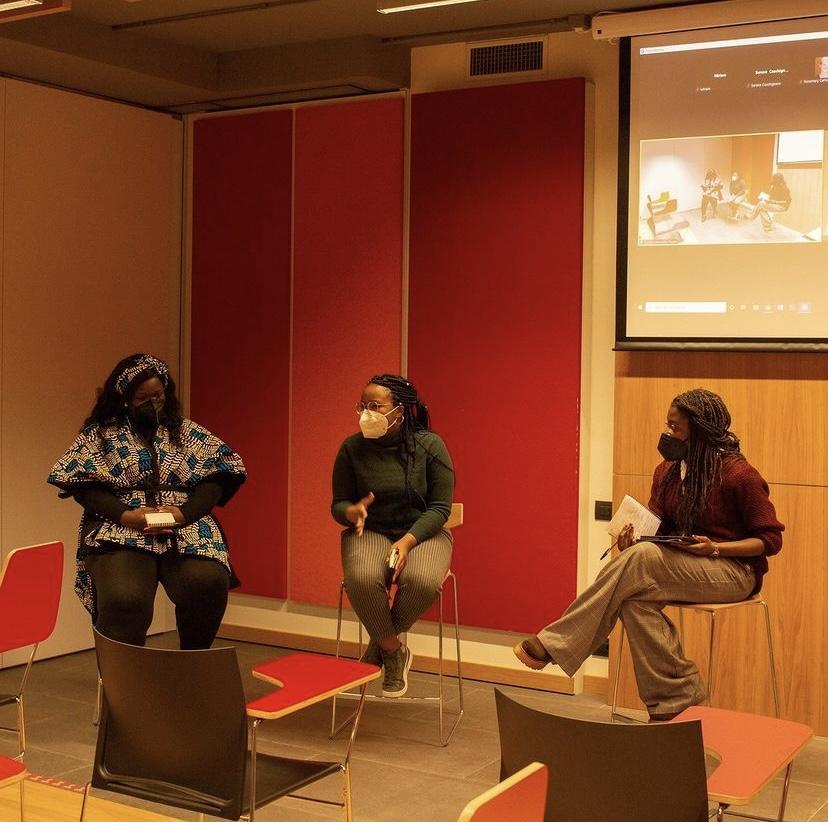 The speakers were brilliant. They discussed growing up in Italy, but through the lens of one who is Afro-Italian. I learned so much about their perspectives because of their personal anecdotes that I would not have considered prior to the event.

For example, the idea of African Italians being underrepresented was a prominent theme amongst the speakers. One speaker noted  that growing up and watching TV, there was a serious lack of African protagonists; shows often portrayed only Caucasians as a main character. It’s this kind of lack of diversity that has sometimes made Afro-Italians feel disconnected from Italian culture. 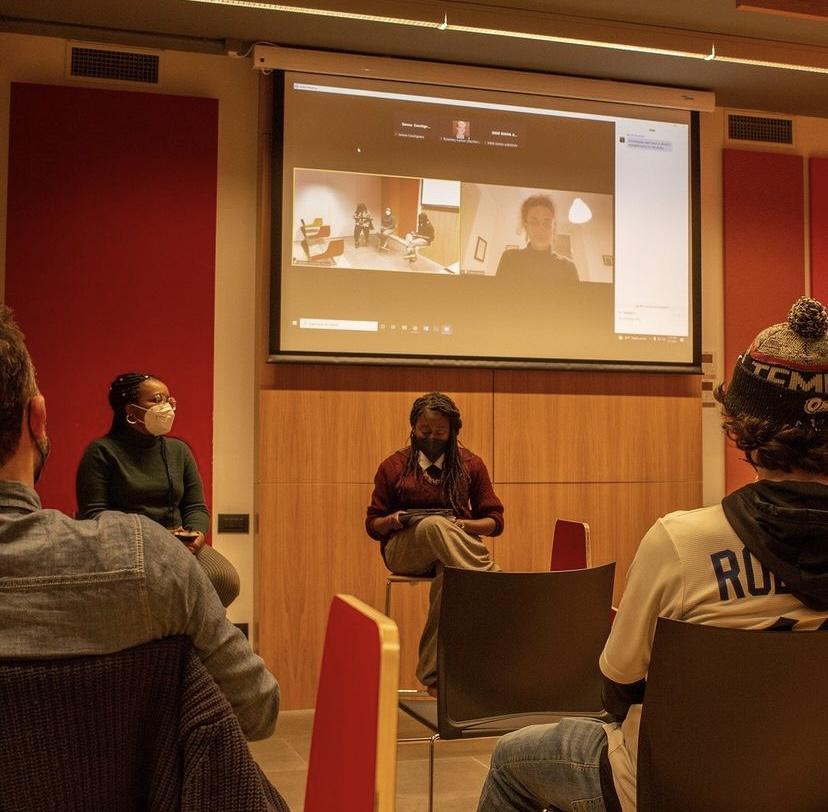 Beyond television, another point was addressed by Ada Ugo Abara. She discussed how in Italy, there is a popular notion that if you are of African descent, you can do one of two things: be an activist for Afro-Italians or fall below the radar. Now of course, this narrative is absurd, but growing up and being told that can have a behemoth negative impact.

Now for me, a Caucasian male, I have no direct experience with these adversities. In the U.S. watching TV, I never felt underrepresented. I never even had to consider the thought because TV had been so inundated with Caucasians, like myself. As a result, I never noticed the extensive lack of diversity. Additionally, growing up I was always told I could do or be anything. Now, some may argue that this narrative may have been predicated on the “American Dream,” an idea that framed the U.S. as the land of opportunity where anyone could do anything regardless of race, religion, social class, etc. Despite this idea,  there are still a multitude of systems that put certain groups at a disadvantage. My presumption growing up was that I could do anything. Because of this, I found it eye opening that Ada Ugo Abara learned that Afro-Italians could really only be an activist or essentially invisible in her society.

I took a particular interest in Ada Ugo Abara’s statement and it prompted me to ask the question, “How do we challenge this absurd narrative?” Abara responded that it is paramount that we show Africans in roles that are not just activists. African business owners, teachers, writers, musicians, and those in a vast amount of other careers should be displayed and celebrated. Abara also added that she is the creator of the group, Arising Africans Association. The group brings together young African Italians who are committed to deconstructing the stereotypical images of both Africa and African diaspora conveyed through western media. In doing so, they create a new narrative, one that is free from prejudice. 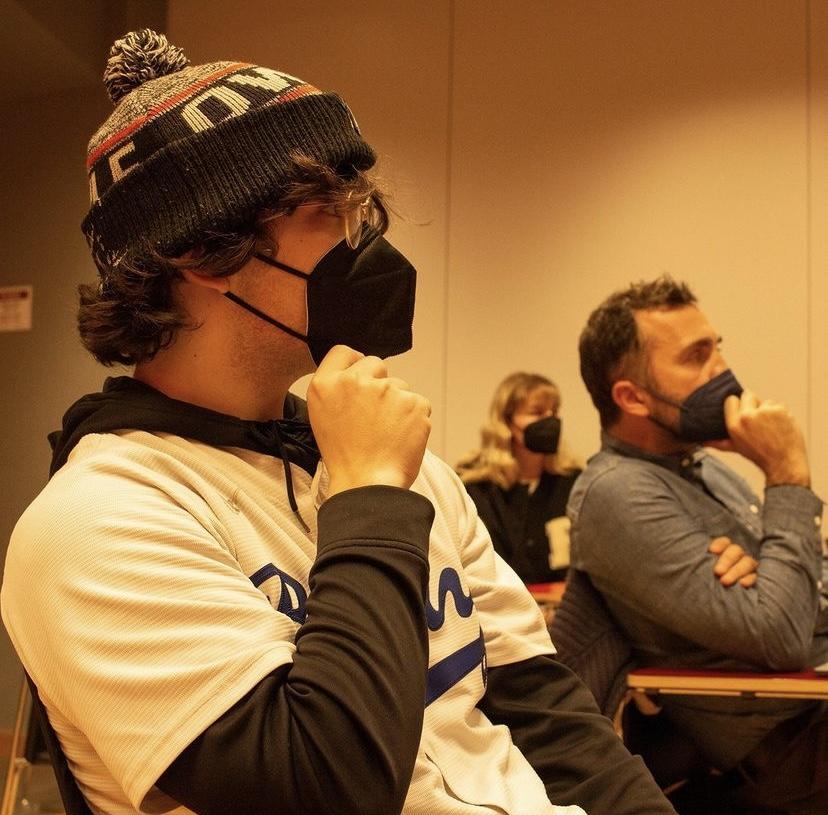 While navigating Italy, I may sometimes be recognized as a tourist. I have gotten to a point where walking to class I will occasionally wear sweatpants or a Dodgers baseball jersey, both of which are vital hints of my American origin. My grandfather, who was Italian, had told me that many Italian people find American culture very interesting. He was mostly right. Even upon being recognized as an American tourist, I often get questions of where I am from and am sometimes told about their aspirations to see the U.S. Being seen as a tourist also makes me the subject of tourist scams, one of which I shared in my prior blog. Although now, I know I can wear certain attire to blend in with the Italian demographic so I am no longer seen as an outsider.

It can be something as mundane as changing my clothes and suddenly I am accepted by Roman people. They have no knowledge of my lack of money or lower-class upbringing since these are not things that can be seen. I am accepted, despite my lack of knowledge of Italian language and culture. For African Italians, it is not as easy. They are unfortunately sometimes recognized as their skin color and not much else. All of the speakers at the event knew Italian fluently, knew about the culture, and could easily navigate Italy. Despite this, they still felt the weight of the notions, stereotypes, and still felt underrepresented in an Italian context. This is a grueling and unfortunate reality, one that continues to be combatted.

There is hope that these outrageous stereotypes against Afro-Italians be permanently omitted. Conversations like these, ones that bring awareness to these stereotypes and false narratives, set a benchmark for future change.

Read more from our Culture and Identity Envoys