The Tokyo Tower at night. It is easy to see on the way back home.

My home sister Amanda was trying to practice kanji pronunciation in a Japanese bookstore.

The very first day of school. We were waiting for the orientation.

People were so excited to explore Tokyo! Emily, Julie, and Amanda were discussing which activity they should attend.

Now I have to take this crowded train every morning as what salarymen do. Like now, I used to take early morning trains(subway) to school when I was in middle school in China. But we did not have a woman-only train at that time as Japan does. 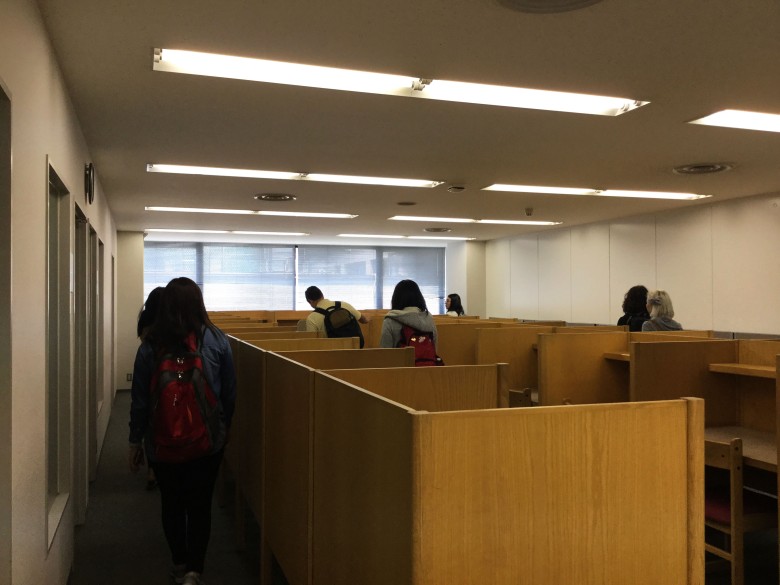 Students took a tour on campus, and here is the study room.

The crowd of salary men and women are definitely one of the sights of Tokyo.

Finally we had a full view of Tokyo in the Tokyo Tower.

My host mother took me to a sushi restaurant. And this is when I noticed that matcha is commonly served in Japan. Thanks Amanda for taking this picture for me.