On arriving in Madrid and understanding Spain’s visual language

(Our orientation excursions to Segovia, Ávila and Toledo will be featured in part two)

From the moment I arrived at the Madrid airport, I was welcomed into Spain by a sensory overload.

Spain provides sensory experiences for learners of all varieties. For the auditory learners, the streets are filled with dialogue. In Madrid, you can visit any café or bar in a residential neighborhood, and find yourself immersed in the chatter of familiar and not so familiar Castilian phonetics. This total language immersion is equally inspiring as it is overwhelming, and serves as a constant reminder of where I am and why I am here. For the kinesthetic learners, Spain offers the opportunity to touch and interact with history. From major metropolitan areas to medieval hill towns, travelers are invited to explore every landmark, museum, cobble stone alley, or plaza. The opportunity to visit works of art or historical sites, that I had only ever read about in textbooks, provides unforgettable impressions and lessons. And finally, for the visual learners like myself, orientation in Madrid provided an introduction to Spain’s visual language.

Our guide, Gerardo or “Jerry”, took us through museums, palaces, and historic towns. Along the way, he engaged all of us in the tangible history embedded in each stop. We visited the Museo del Prado where Jerry highlighted the works of Spanish master painters. Together, we analyzed works of art and looked for symbolism that linked the piece to its historical context. At the Royal Palace of Madrid, Jerry introduced the symbolism of the golden fleece in heraldry of the Spanish monarchy. While being overwhelmed with ornate decorations and the immense collection of precious objects, our orientation group looked for the symbol of the golden fleece in every room. Each time we found it, we were able to piece together an understanding of the golden fleece in relation to the history of the palace and Spain.

The pure excitement and sensory overload that came with our orientation in Madrid may make my description a little underwhelming. In fact, the iconography of the golden fleece probably seems like a minor detail to most; however, I like to think of it in relationship to my upcoming five months in Spain. Learning about the symbolism of Spain’s visual language was an effort to build a greater understanding or view the bigger picture. Through all sensory experiences, I hope to piece together a comprehensive knowledge of Spanish culture, Spanish history, and most importantly, Spanish language. 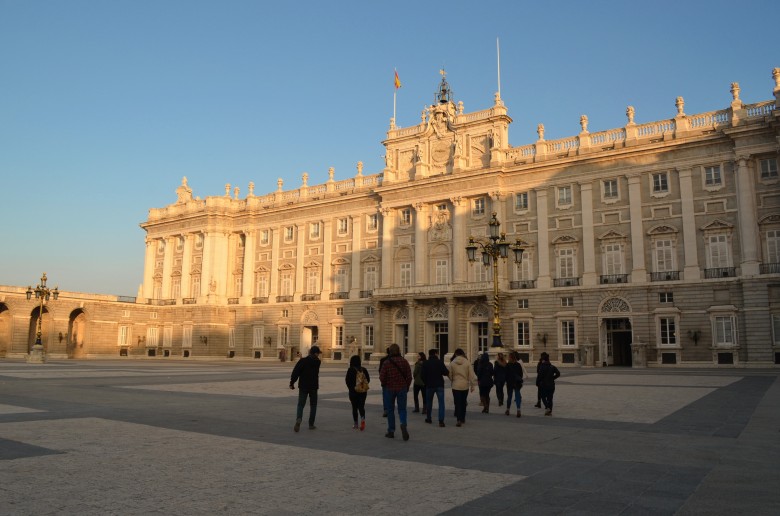 Royal Palace of Madrid, the largest palace in Europe based off of square footage, has over 3,400 rooms. Photos were not permitted past the grand staircase. 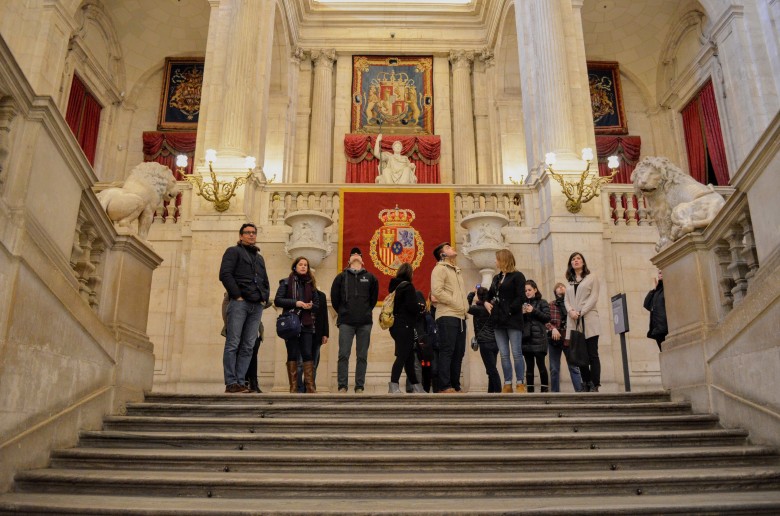 Jaime Duran (far left), program director, standing with orientation students at the grand stair case in the main entrance of the Royal Palace.

Jerry, our orientation guide, explaining the symbols of the heraldry. 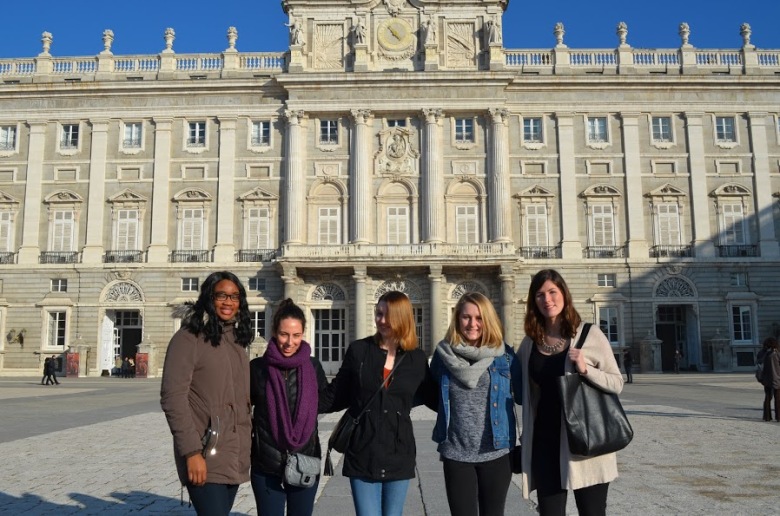 Temple students Evelyn, Haley, Lilli, Elaina and Olivia outside of the Royal Palace.

View of the Gran Via at night.

Orientation group at El Escorial, San Lorenzo de El Escorial, outside of Madrid. The Escorial once functioned as a monastery and a royal palace. The structure is the greatest example of Spanish renaissance architecture.

The architectural layout imitates a gridiron in reference to the martyrdom of San Lorenzo, its patron saint. 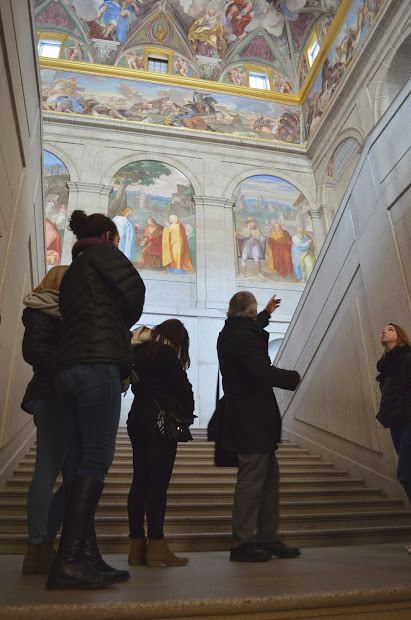 Photos were not permitted inside of the Escorial; however, I managed to get one shot of renaissance fresco paintings at the main staircase.