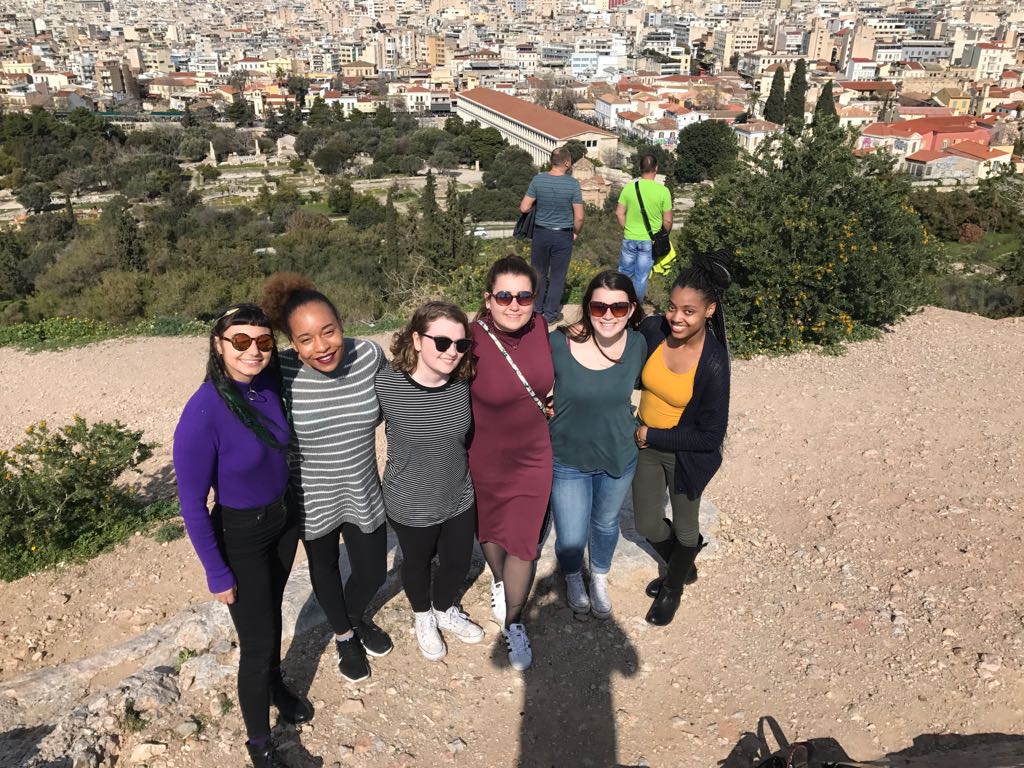 There are cactuses in Rome. They pop up every so often; giant flat paddle-shaped branches coated in spikes marring the lush green landscape surrounding the city. You’ll see them in passing as you rush by, growing out of place in some garden, in someone’s yard, giving it little more than the passing thought of “huh- that’s strange.”

I am the cactus.

Not literally, as I hope would be obvious, but metaphorically. Us American students are the cactuses of Rome- these funny little out-of-place things that are just…there. There’s no issue, but there’s also no getting rid of us. And try as we might, we’re never going to quite fit in with Rome. But that’s okay- we’re going to stick around anyway.

If you read one of my first posts about being an American abroad, you’ll know that one thing I’ve had difficulty with is the feeling of “otherness” that hangs over my head, subtle as a neon sign. That I am not Italian, not Roman, and as hard as I try I’m not going to be. Not in the few months I have here.

But now, I’ve reached the halfway point of my stay here. And I’m starting to get a little more comfortable with that “otherness.” I’m not Roman. But I do go to school in Rome. I eat in Rome, I drink in Rome, I sleep in Rome. Like the cactus, I may not look like I belong here, but it’s where I am. It’s where I live.

I’m embracing my cactus-ness. (My cactus-ivity?) I’m American! So what? If I’m going to have that stigma over my head, I may as well take advantage of it. I’m going to take as many photos, do as many typical tourist things as I can. I’m already seen as an outsider, may as well get away with it while I can.

Who cares about scenery and enjoying the moment, I need those Facebook likes! 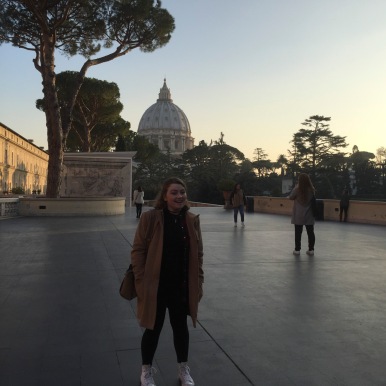 Giving out those awkward family photo vibes all by myself

Okay, this was in London, but I think it’s the dorkiest and most tourist-y thing I’ve done to date 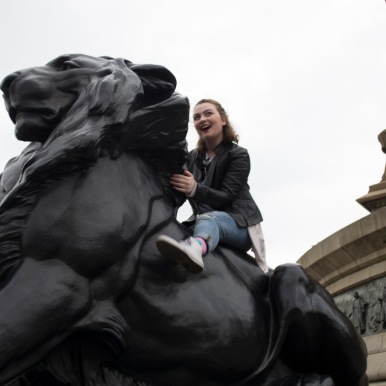 Most of our trips involve some sort of “Hey so-and-so, take a picture of me in front of/on/doing this!”

This spring break has also afforded me a bit of time to reflect on some of the incredible experiences I’ve been able to have while abroad. I know it’s a very cliche thing to talk about when travelling- how its “totally changed my life.” But it has, in ways. I’ve done things I wouldn’t have done otherwise (like gotten a tour of the Vatican Museums by a brother in the seminary), and met people outside of my little advertising bubble I wouldn’t have met on Temple’s main campus.

One thing I always mentioned before coming to Italy, in just about every application that asked “what do you want to gain from studying abroad?”, was that I wanted to step out of my comfort zone in Rome. I’ve made a lot of progress in the last year with my anxiety- I don’t get as nervous in crowds anymore, I find talking to strangers (and even not strangers!) a little easier, and little slip-ups don’t embarrass me half as much as they used to. So I was pretty nervous about the dramatic change in surroundings- what if I completely regressed and became a shy, nervous mess again? My biggest goal was to keep pushing, to not get complacent and to keep pushing myself. Get out there! This is a once in a lifetime experience!

So while this trip hasn’t been entirely anxiety-free (as I’m sure is also completely obvious), it’s not been a wreck. I’ve found myself talking to new people, actually trying new things. I ran around like a loon with a camera for several hours and only felt weird about it for half that time! I’ve reached out to people I only barely knew, and ended up making some great friends from it.

Another group photo, this time with the view FROM the Acropolis!

For the rest of my time in Rome, I’d like to keep doing that. My continuing goals are to get better at Italian, as I still find myself reverting to English almost immediately after “Ciao!”, and to continue to build friendships with people. While I know these things are meant to be organic, they can take a lot of effort for me. But I’m not about to let a little work stop me. Like the Roman cactuses, I may be a bit strange, but I’m here to stay.