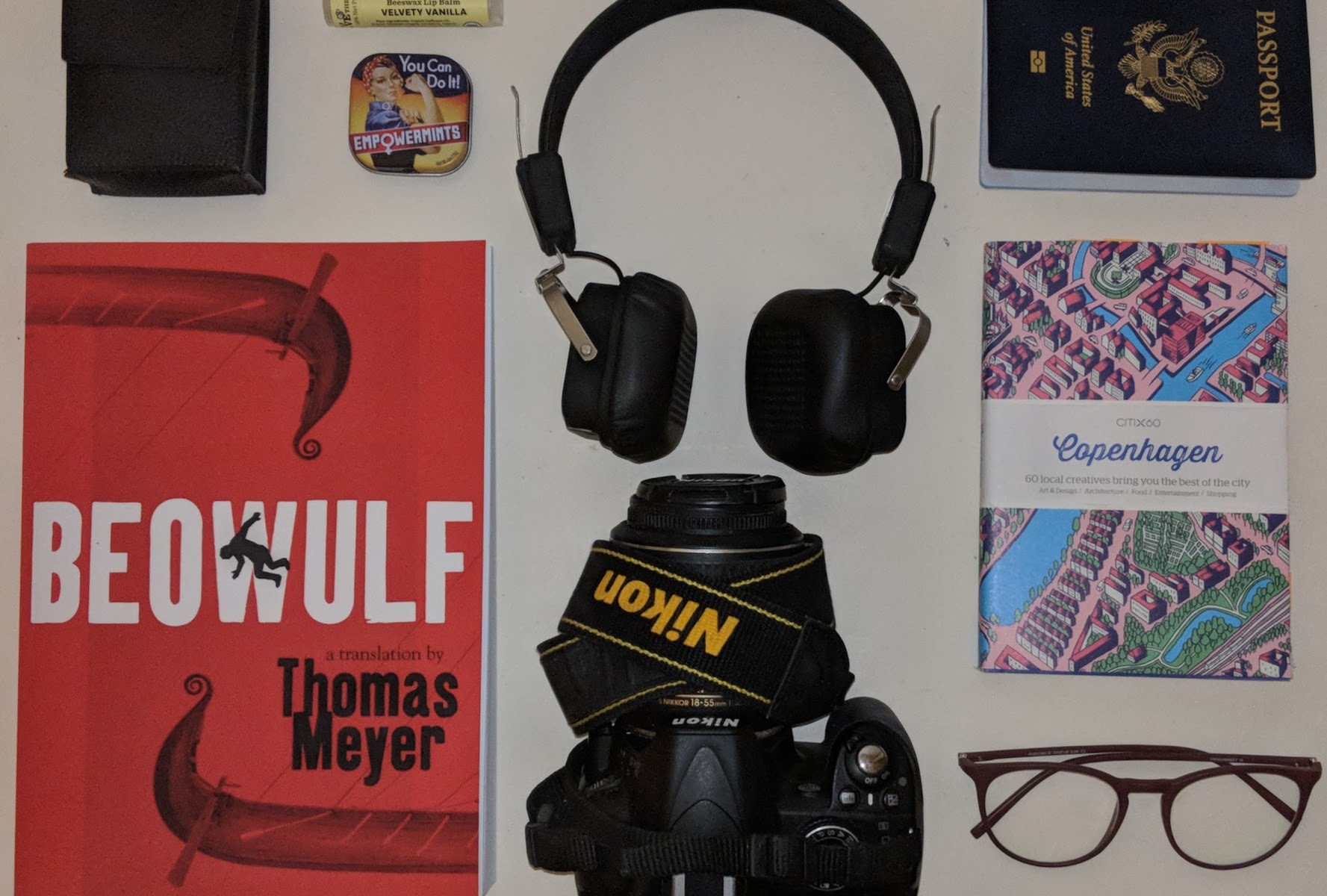 Hang on… what’s going on, here? Why am I back on WordPress? Blogging for Temple’s Education Abroad Office? Where am I? What’s happening?

Well folks, I’m back at it, studying abroad for the second summer in a row! I spent last summer taking in the heat of Morocco, and this summer I’ve opted for a cooler location: Denmark. Don’t get me wrong — studying and practicing Arabic in real-life situations was great, but I’m spending this summer working on my more recent academic love of geology! You heard it here first! I spent last summer on the top of a dune in the Sahara, and roughly a year later, I’m headed off to study the Langjökull Glacier in Iceland!

Hang on. Iceland, you say? What’s this? I thought it was Denmark! Well, yes. Let me break things down–known as “weathering” in geology! Way back in the fall of ’17 (forever ago, I know), I was finally in my very last GenEd course, Geology of the National Parks. A typical English student, I had saved my science GenEds for last, but got lucky when I found out there was a National Park-themed one. Little did I know, I would grow to love the geology part of the class even more than the parks part! I completely, unabashedly fell in love with geology and even took a upper-level geology course this last spring for fun. You read that right: I took a 3-credit class for fun. That’s how awesome geology is!

In a last-ditch effort to cram as much nerdy geology stuff into my schedule as I could before graduating in May 2019, I started perusing study abroad programs and came across DIS. Through DIS, I found two classes which sounded perfectly suited to my interests: Environmental Philosophy (Session 1) and Climate Change and Glacier Modeling (Session 2), in which students travel to Iceland for a week to study a glacier hands-on! Even though I’m looking forward to that trip, I’m most excited to immerse myself in Danish culture and enjoy the art scene in Copenhagen. I’m focusing on geology-related subjects, but I could never abandon the English-major side of myself. I already have a couple of trips planned to engage with Denmark’s literary history in my spare time! I’m going up to Helsingør to get a tour of Kronborg Castle, the setting of Shakespeare’s Hamlet, led by Horatio, the only surviving character of the play. I’m also going to take a trip out to see Lejre, the fabled site of Beowulf’s battle with Grendel! I’m thinking it will pair well with the two copies of Beowulf (Burton Raffel, Thomas Meyer) I’m bringing alongside John Gardner’s Grendel.

And a few months later, here I am, packing a suitcase that looks much different from last summer. A year ago, I stocked up on flowy pants, breathable shirts, and plenty of sunscreen for a summer under the North African sun. Now, I’m pulling together my hiking boots alongside a wool sweater and a couple of cooler items for Copenhagen. On paper, my summers couldn’t be more different! Unlike last summer, I won’t be living with a host family, I won’t need to rely on my second language, and I (hopefully) won’t sweat through every item of clothing I own. With these differences, I hope to find a little more freedom and independent exploration in Denmark; sure, I’ll have to work a little harder to engage with Danish culture and meet locals, but I’m excited about taking that challenge on.

Although I can imagine the differences already, I also think that there will be quite a bit of carry-over from my previous experience. I already know some of the ins-and-outs of homesickness, adapting to a new culture, and (of course) sniffing out where the best food is! Even though I have a few pre-departure jitters, I feel so much more prepared to tackle a few months in a new country with a new language and culture due to my prior experience. Living in the hectic sooqs (markets) of Morocco made me feel prepared for anything. My experiences with SEPTA and Rabat’s trams have really geared me up for tackling Copenhagen’s seemingly endless public transit system. I know what will make me feel better if I’m missing home, and I’m even skilled in the art of non-native-speaker charades! I can’t wait to feel out these preparation predictions and see which of my skills actually carry over.

Next time I post, I’ll be all settled in Copenhagen. Farvel for nu! Bye for now!